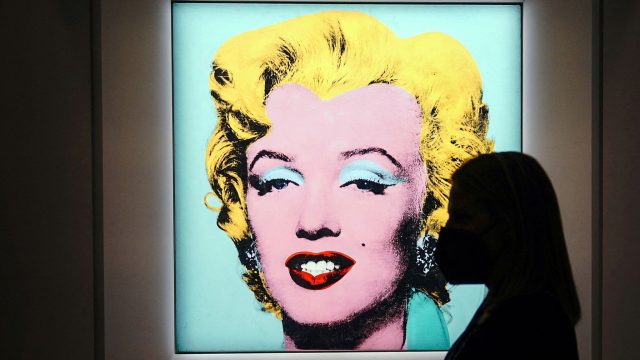 Christie’s House in New York has announced that it will release the most famous portrait of the late actress Marilyn Monroe, also made by the famous Andy Warhol.

Sensationally, “Shot Sage Blue Marilyn”, a painting by Andy Warhol in 1964, became the most important painting of the 20th century, being, at this moment, the most famous portrait of the actress, her fame surpassing -including that of the photograph that served as inspiration for Warhol.

The famous auction house Christie announced yesterday that the amount from which the auction will start is 200 million dollars. Obviously, we are talking about the most expensive work of art made in the last century.

Read:  The Tinder Swindler: Netflix documentary that could make you give up dating apps

The sale will have a charitable purpose, as Christie’s representatives also said. Specifically, the proceeds from the sale will be aimed at improving the quality of life of children around the world, being oriented towards health programs, but also education.

“With 100% of a single painting being sold to charities, this is the largest philanthropic auction in Peggy and David Rockefeller’s collection in 2018,” said Christie’s.

It remains to be seen how much the famous painting signed by Andy Warhol will actually be purchased, and whether it will surpass the current record. In 2017, Leonardo da Vinci’s “Salvator Mundi” painting was sold for $ 450.3 million, also by Christie’s.

Read:  BMW has unveiled a new model: when the Alpina B4 Gran Coupe will be launched

Andy Warhol is considered one of the most avant-garde contemporary artists, his works being highly appreciated in the art world. He used to combine art with elements that we encounter in everyday life, thus proving that absolutely anything can turn into a work of art, if that object is viewed from the right angle.

And if you’re interested in learning more about the life of the controversial painter, graphic artist and photographer, find out that the documentary “The Andy Warhol Diaries” is currently available on Netflix.