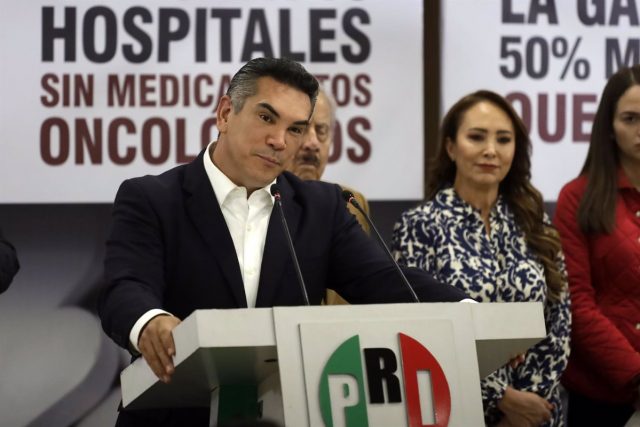 The leader of the Institutional Revolutionary Party (PRI), Alejandro Moreno, ‘Alito’, has been held this Sunday for more than an hour at Mexico City International Airport in what he considers an act of “political persecution”. Officially, he was detained due to an immigration alert after arriving on a flight from France.

“And the political persecution continues! Today, upon my arrival at the Mexico City airport, immigration authorities detained me for more than an hour, making me fill out unofficial documentation. Not even this way they will not put fear into us, they will not silence us!”, Moreno posted on his Twitter account.

Read:  The UN confirms the entry into force of the two-month truce for Yemen

In addition, he denounces that the immigration officials at the airport made him fill out “a poorly made sheet, with errors and without government logos.” “Clearly it is not an official form, but an attempt to intimidate,” he has pointed out.

According to ‘Alito’, he was notified that he had an immigration alert. “I have no reason why, I am here in Mexico City. Let’s see what other violation of the law they want to do in this political persecution of all opponents”, he reproached.

This week Moreno threatened to go “to the last consequences” after a tweet in which the Federal Government informed that the Attorney General’s Office (FGR) was investigating him for five crimes.

Read:  Hebzollah says it is "close" to "defeating Israel "by land and air".

Moreno alleged that this information violates due process and “tombs” any investigation folder for failing to comply with the presumption of innocence. The message was deleted minutes later.

“It is clear that this government intends to use the institutions of the Mexican State to guarantee justice and security and attack the opponents of this regime,” Moreno reproached then.