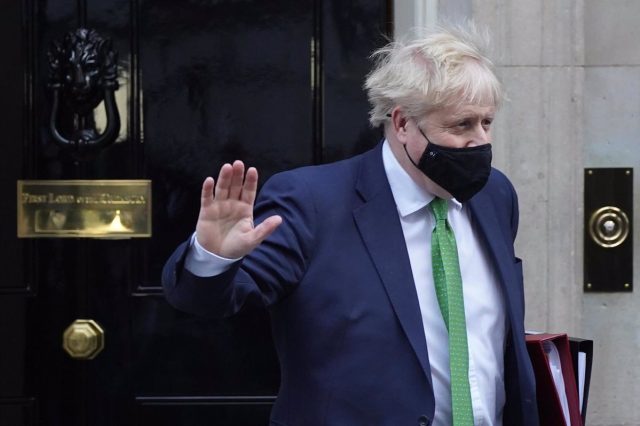 The London Metropolitan Police announced this Tuesday that it has opened an investigation into the controversial parties that have been held in Downing Street during the pandemic, an issue that has caused tensions within the ‘Tories’ and that could cost the Prime Minister , Boris Johnson, his position at the head of the Executive.

Commissioner Cressida Dick has indicated that the security forces will analyze “possible violations of the regulations imposed due to the coronavirus” within the Government during the last three years.

Thus, he has indicated that the Police will work “without fear or favors” and will inform the population as “substantial steps” are taken in the framework of the investigation, according to information from the BBC television network.

“The fact that we are investigating does not mean that all the people investigated will be penalized,” the police officer stressed, however.

Read:  The second electoral rounds in France throughout the 21st century

Before an appearance to address the tensions in Ukraine, Johnson welcomed the opening of an investigation, justifying that the investigation “will help give citizens the clarity they need.”

In addition, he has indicated that the Government is focused on addressing “the priorities” of citizens. For his part, a Downing Street spokesman, quoted by the BBC, has insisted that he “does not believe” that the ‘premier’ violated the imposed rules.

The opening of the investigation will mean that parts of the independent investigation by Sue Gray will be delayed while the Police carry out the relevant analyses. Furthermore, the police investigation “will take weeks, not days,” according to a source quoted by Sky News.

The measure has been taken in the wake of new accusations about an alleged birthday party on June 19, 2020, in full confinement, to celebrate Johnson’s 56th birthday.

Read:  Kamala Harris passed a few meters from a bomb the same day as the assault on the Capitol

The siege on the prime minister is tightening more and more. Cornered by criticism, poured even from the ranks of the Conservative Party, he can face a range of scenarios ranging from a motion of censure to resignation.

The rules of the ‘tories’ stipulate that the motion can be activated if 15 percent of the parliamentarians ‘tories’ so want it. The crucial number is now 54, as there are currently 360 Conservative MPs, after the party removed MP Anne Marie Morris for voting against the government.

If a motion of censure is approved, Johnson would have to obtain the support of at least half of his deputies, 180, to remain at the head of the Executive. In this case, the ‘premier’ could not go back to submit to this mechanism in a year.