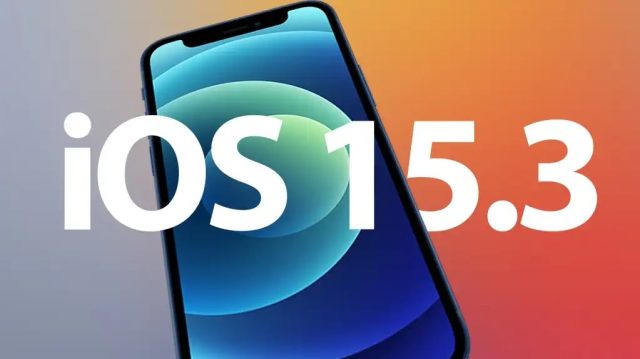 Apple has urgently released the iOS 15.3 update, to solve no less than 10 security problems of the operating system, as well as of the Safari browser. These vulnerabilities, recently discovered, allowed unsigned code to be executed on devices, thus jeopardizing data stored on Apple phones and computers, while the Safari browser could be compromised to reveal browser history as well as personal data on various accounts.

iOS 15.3 is a security update rather than a system update

The description of the iOS 15.3 update only states that security issues have been resolved and that it is recommended for installation on all compatible devices. In addition to iOS 15.3, new versions have been released for iPadOS 15.3, watchOS 8.4, and macOS Monterey 12.2. Because all Apple operating systems are built on the same base, they are usually updated simultaneously, as they usually all have the same vulnerabilities.

This update seems to have been rushed by Apple as it does not include any new capabilities to justify the version change. Also, the proximity of this update to the previous version, iOS 12.2.2, of only two weeks is not characteristic for Apple. That version fixes a vulnerability in the HomeKit system, which controls smart home devices. This allowed Denial of Service attacks using smart devices.

If you have an iPhone 6S or later, an iPad version 2 or later, a MacBook from the last few years, or an Apple Watch from Series 3 to Series 7, it would be a good idea to update. as soon as possible. The Apple devices you use may be vulnerable to attacks. These attacks could be carried out directly through the browser, especially if you are using Safari.

Read:  How many days does a Romanian have to work to buy a Galaxy S22, compared to other European and world citizens