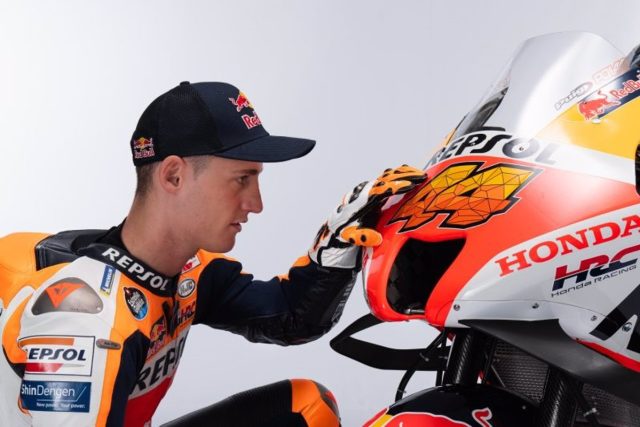 The Spanish MotoGP rider Pol Espargaró (Repsol Honda Team) celebrated that the new Honda RC213V enhances his “strong point on the track” and can benefit him unlike last year, when he suffered a lot in his debut with the team and where he paid for not having at his side to his partner Marc Márquez when developing the mount.

“We started the season in a different way than the previous one. This bike strengthens my strong point on the track and it is very positive, from the start. In the new test we hope to be competitive and also see where the rest of the riders are. I have always been demanding and competitive, you must really want to win to be able to achieve it”, he valued at a press conference after the presentation of the team for the 2022 World Cup.

Read:  Marc Márquez: "Before it was the other way around and people were looking for my wheel"

Pol Espargaró assured that the pressure remains the same this year as last, that it was already “great”. “I always put pressure on myself to achieve results. Last year was not good, without decent results. This year with Marc the results should be good, the pressure is good too and it makes people apply themselves more,” he said.

“The experience that Marc could bring to the team was not there. I was the fastest in the factory but being the rookie did not help me at all. Marc’s background at Honda is important, he sets the limits and it is important to know where those limits are. But they hired me to win races and to fight for top positions and that is what I will try,” said the Catalan.

In this sense, he commented that he should be able to “be able to fight Marc”. “It’s an obligation and that’s why I’m here. It’s not easy to fight against him, with no bike, not even the same one. But I’m here to try. This year the bike is different, my preparation too, and both Honda and I want to fight for win and Marc will be there. Hopefully we are both fighting for the top, it would be the best for everyone”, he assured.

“It is very important to have confidence and bond with the team in MotoGP. Last year was not good, I suffered a lot on the bike and the results made it clear. But starting with this new bike is a good start, it looks good,” he concluded. Pol Espargaró, once again a teammate of the eight-time world champion in the Repsol Honda Team.