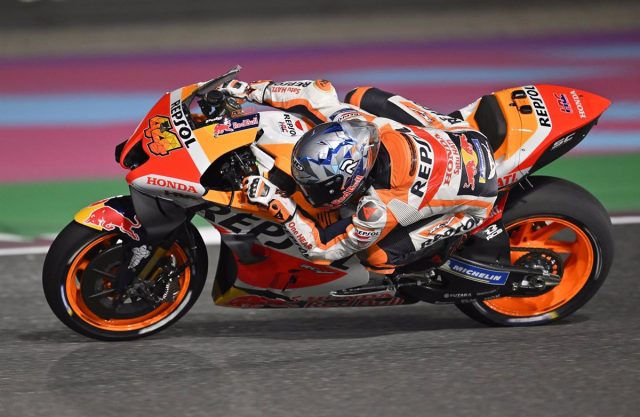 The Italian rider Enea Bastianini (Ducati) won this Sunday in the MotoGP race of the Qatar Grand Prix, the first round of the Motorcycle World Championship, after completing a spectacular performance ahead of the South African Brad Binder (Yamaha) and the Spaniard Pol Espargaró (Repsol Honda), who led a large part of the event and had to settle for third place on the podium.

‘The Beast’ confirmed his dominance in the ‘warm up’ and thus signed his first victory in MotoGP in his second year in the premier class, all riding a Ducati satellite bike; only Jorge Martín, in 2021, had achieved it previously. His success brought tears to Nadia Padovani, widow of the late Fausto Gresini and who has taken the reins of Gresini Racing MotoGP.

Read:  Lopetegui: "The second yellow against Camavinga is absolutely clear"

Once the traffic lights went out at sunset in Losail, the problems began for the riders of the official Ducati team. Jorge Martín (Ducati), poleman on Saturday, was unable to defend his privileged position after a bad start and fell to sixth place, and the Repsol Hondas, with Pol Espargaró in the lead, took the lead.

Only Bastianini, who overtook Márquez on the seventh lap to take second, saved the pride of Borgo Panigale’s bikes, who passed the halfway point of the race and saw how Francesco ‘Pecco’ Bagnaia crashed in turn 1 and took ahead of Martin.

The fight for the podium was joined by the South African Brad Binder (Yamaha), who managed to climb to third place to the detriment of Cervera, who also lost the position, with six laps to go, against Aleix Espargaró (Aprilia) .

Read:  Pol Espargaró: "I'm looking forward to getting our season back on the right track"

There were four laps remaining when ‘the Beast’ attacked and managed to take the lead from Pol, who in his quest to regain the position opened up too much and was also overtaken by Binder. Positions no longer moved at the checkered flag.

The reigning world champion in the premier class, Frenchman Fabio Quartararo (Yamaha), finished ninth after being overtaken almost at the finish line by his compatriot Johann Zarco (Ducati).