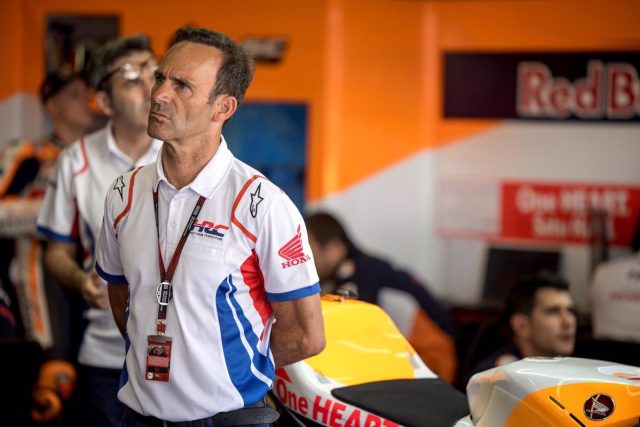 The ‘team manager’ of the Repsol Honda Team, Alberto Puig, assured that seeing Marc Márquez race on Sunday at Mugello and be tenth, despite having to undergo surgery this Thursday to overcome his discomfort in his right shoulder, was something “impressive “.

“It’s really impressive what Marc has done over the weekend. The easiest option was not to race. Knowing that you have an operation on Thursday, the fear that Sunday will be a disaster may appear, that you take risks, hurt yourself and then everything is delayed,” Puig said in statements provided by the team.

Márquez will undergo surgery on his right shoulder again this week, the fourth in the last four years, and will momentarily stop competing in the Motorcycle World Championship, in a difficult but necessary decision, since he feels “a lot of pain” and, according to his words, he cannot enjoy riding the bike.

“We have been analyzing the possibility of undergoing surgery again for quite some time and finally this weekend we have had the green light from the doctors. On Friday we knew that it was possible to do it and we decided to follow this line of action, that Marc Márquez stop running and travel to the United States United to undergo surgery and try to definitively solve this problem,” added Puig.

In this sense, the “priority” for the team will now be this operation. “On behalf of our team we will continue, we have a test in Barcelona after the next race. When the doctor finishes the operation, then we will know more or less what the times are and when we can start waiting for Marc’s return”, he valued.

“Marc is very focused, he is very serious in his work, he loves racing and he wanted to do this GP. He has done it and finished the Italian GP without problems. As I said on Saturday, we want to thank him for his effort and now we will wait for him. We also believe that he is grateful for the understanding of the team during this difficult period”, he valued about that extra effort from Cervera.

Read:  Marc Márquez: "You always want more, but you didn't have it"

At the Honda level, he acknowledges that the situation is “very complicated.” “The last three seasons have been very difficult, but as I often say, life is not what you want, it is what it is. This is the situation we are experiencing right now and we have to move on, we have to understand, during this period without Marc, how can we continue to improve the RC213V,” he said.