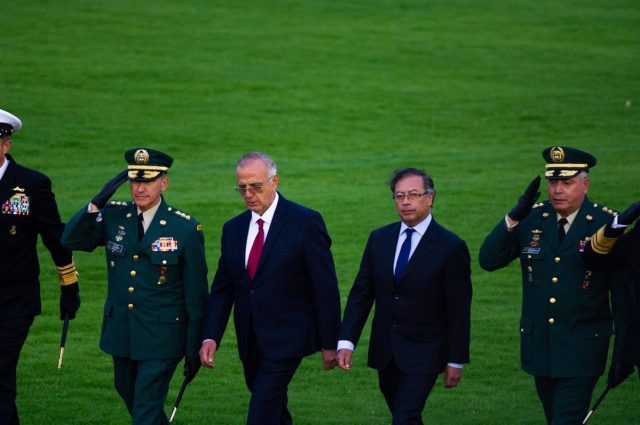 Colombian President Gustavo Petro announced Friday that the country’s first assembly of coca growers will be held in the region to achieve dialogue and that Catatumbo will be the origin of Colombian peace, inviting illegal groups to dialogue.

“I propose you to get out of that first place (in hectares of coca) last year and build the peace capital of Colombia. That here in Catatumbo the talks of society can be developed and that somewhere talks can begin to leave the weapons behind and move to the era of peace”, Petro has expressed, as reported by the media ‘El Colombiano’.

In this sense, he has also reiterated his willingness not to criminalize coca growers.

The president met with the local peasant guard and led the security council with the Army and the governors of the region, in what has been the first presidential trip to the region.

“I have admitted the idea of carrying out in Catatumbo the first assembly of coca leaf farmers (…) with one intention: to show this government the ways (…) that allow us to achieve that a peasant family that today is dedicated to coca leaf can substitute this for an activity that guarantees them more quality of life”, he explained to the inhabitants of the area.

Read:  China warns that an accident in Zaporiyia "could be more serious than the Fukushima nuclear accident."

To this, Petro added that the idea is to “build a transition” of the region from a “center for exporting cuisine on a global scale to a large prosperous region of food production that can be industrialized”, according to the newspaper ‘El Tiempo’.

The United Nations Integrated Illicit Crop Monitoring System (Simci) in 2020 detected 40,084 hectares planted with coca bushes in Norte de Santander. These figures constitute the highest concentration of drug crops in the world. However, authorities unofficially estimate that the figure has now increased to between 45,000 and 50,000 hectares of coca.