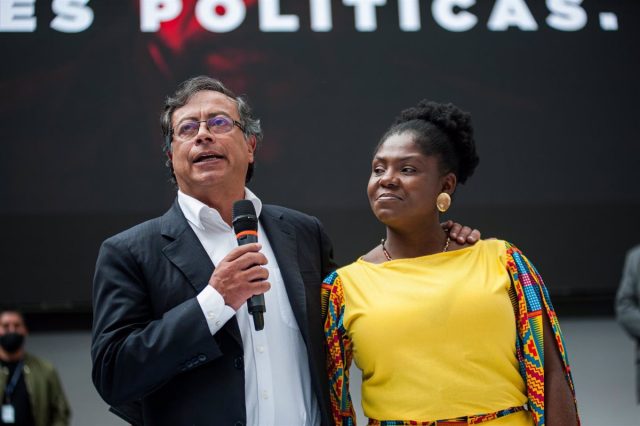 The left-wing candidate Gustavo Petro, who led the first round of the presidential elections this Sunday after obtaining 40.32 percent of the vote, stressed that his victory represents the defeat of Uribismo and has promised “a real change ” In colombia.

“What is disputed is change. Duque’s project has been defeated in Colombia. What the total vote sends is that message that a period, an era, is ending. Now it’s about building. We ask to make a real change , forward, constructive, a change that allows us a new era”, Petro underlined.

In Colombia, it is the first time that the right-wing current created by former President Álvaro Uribe, known as Uribismo, is not among the candidates to be elected.

“I think we must move forward,” said the candidate of the Historical Pact, in his speech after the elections broadcast live on his social networks.

Thus, he thanked the “people of Nariño and Cauca”, after obtaining more than 70 percent of the votes in these departments. “Hopefully those winds from the south will blow through all of Colombia,” she stressed.

Petro, after obtaining some 8.5 million votes, has highlighted the increase in votes received by more than 40 percent when compared to the figure he obtained four years ago in the last presidential elections.

“And if it is compared with the figure for March 13, it is almost double. There are 2,700,000 votes more than the consultation of the Historical Pact.” the candidate has stated.

The left-wing candidate has assured his voters that they will have to fight to achieve final victory and has requested one million more votes. “We are one million more votes away, if this number changes from eight to nine, we win,” adding that Colombia should not commit itself “to suicide.”

Likewise, he has pointed out that corruption “is not fought with Tik Tok phrases.” “So some very respectable people think so. Corruption is fought by risking one’s life. We have risked our lives to combat corruption,” the candidate said, referring to this social network where Hernández has become more popular.

Hernández has given the surprise and will dispute the presidency of Colombia with Petro in the second round of the Colombian presidential elections on June 19, according to official results corresponding to 99.9 percent of polling stations counted.

Specifically, Petro has achieved 40.3 percent of the vote, while Hernández has obtained more support than the conservative candidate Federico Gutiérrez, reaching 28.1 percent of the ballots.

Gutiérrez was third with 23.91 percent of the vote, while none of the other candidates exceeded 5 percent.