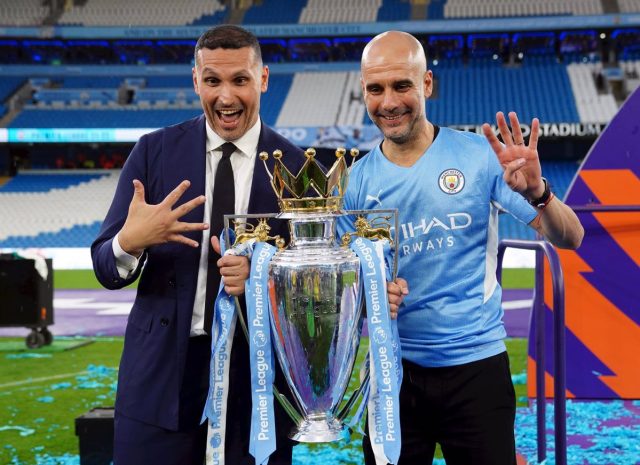 The president of Manchester City, Khaldoon Al Mubarak, confirmed that after signing the Norwegian Erling Haaland, “possibly the best ‘9’ in the world with many years ahead of him”, and the Argentine Julián Álvarez, “one of the most talented young strikers from South America”, will seek to further strengthen the English champion “with a couple more signings”.

“I can confirm that more players will come. We are looking to strengthen the team in the necessary positions because every season some players leave and then we have to continuously reform the team. Again, we will always seek to improve and strengthen ourselves. I think we have already made two very good signings. important, but I anticipate that we will do a couple more”, assured Al Mubarak in an interview with the club’s official media published this Monday.

The leader indicated that they are going to try to “go as fast” as they can to close these new additions, although they know perfectly well “how the market is doing.” “It’s not always completely under our control,” he added.

Al Mubarak also stressed that Manchester City will only try to sign players who can improve the team. “With Pep (Guardiola) and with this team it is not just about filling a position. We have reached a high level of quality, a standard in which we must commit ourselves to quality,” he warned.

On the other hand, he referred to the signing of Erling Haaland, who “since his first days in Norway and then in Dortmund”, has been on the “radar” of the ‘citizen’ club “for at least four or five years”. “We have been following his progression over the years and we have seen his transition from a very talented, high-quality, high-potential young player to one of the most differential strikers in the world, if not the most differential,” he remarked. the.

“He is a very, very unique and incredibly talented striker and I would say every big team in the world wanted to sign him. We are absolutely delighted that he has chosen to join Manchester City. I think his signing defines all the great work this club has been doing. “, he continued.

For Al Mubarak, the Norwegian striker “is not only a great player” but also someone “very intelligent who saw the potential of what he can do here and how he can improve professionally in a team led by Pep Guardiola and with this infrastructure. I think It’s a great deal for us. We’re really signing, I think, a phenomenal player who will bring us great moments,” he said.

The president of City did not hide that this specific position was the one he “most” wanted to “strengthen” and that with the scorer, “a striker for the future”, they now have “possibly the best ‘9’ in the world with many years ahead “.

He also spoke of the arrival of Argentine Julio Álvarez, “one of the most talented young forwards in South America”, congratulating his scouting system. “He is very powerful and has shown over the years a tremendous ability to analyze and explore the kind of talent that fits our club,” he admitted.

“I think Julián Álvarez is an example of the hard work of our scouting team. Many weeks and months of monitoring and analysis to ultimately make the right decision at the right time. I am absolutely delighted that in the case of Julián and Haaland, we have been able to sign them so young,” he said.