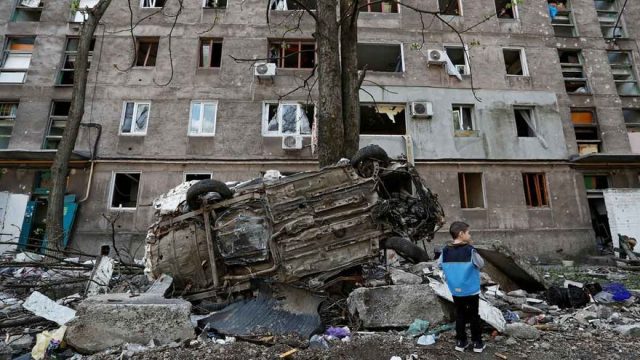 The war in ukraine it is fattened with the civilian population. Some towns have been without electricity or gas supplies for months, nor running water. However, the deputy minister of Health of Ukraine, Igor Kouzinhas ensured that the country is prepared to act in the event of a cholera outbreak in the context of the lack of hygienic conditions minimal.

Kuzin detailed in an interview with ‘ZN,UA’ that Ukraine has a “solid, technical and organizational” base to monitor cholera cases that may occur in the country, and that samples are being collected in the drinking wateras well as in rivers, reservoirs and other water sources.

“There are clear systems of epidemiological surveillance and cholera monitoring. There are relevant orders that classify the regions of the country into three groups. Each case of severe diarrhea is subject to a separate laboratory study,” the Ukrainian Deputy Minister of Health explained in the interview.

Ukraine has vaccines, but asks for more

Also, Ukraine has a vaccine against cholera, with an efficiency of between 80 and 85%, which could be used if necessary, according to Kuzin, who on the other hand explained that for now its use is not recommended in the country. Even so, they have asked the World Health Organization (WHO) “certain reserve” of the vaccine for the needs of Primary Care workers and other health workers.

Read:  Over-60s start getting the fourth dose of covid and flu vaccine

So far, Ukraine has not registered any cases of suspected cholera, although the WHO has warned of the possibility of the spread of cholera or other infectious diseases in the Ukrainian territories occupied by the russian troops.