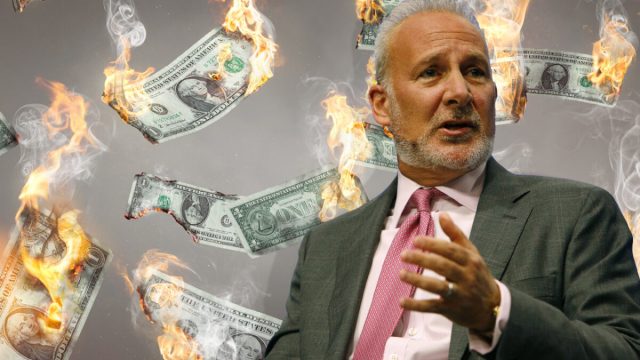 In a recent Twitter, Peter Schiff, a gold specialist, suggested crypto-currency investors sell their bitcoin holdings after a 30 percent rise in January.

Imagine allowing crypto to rally 30% in a week and then not sell it. Wait, you won’t have to imagine that, he will experience it.

The economist has been a consistent critic of bitcoin and other crypto-currencies over the years. He believes that bitcoin is little more than a speculative asset with no real underlying value and that the crypto-currency is doomed to failure.

Peter Schiff also argues that bitcoin is not a real currency since it cannot be reliably used as a store of value given its extreme volatility and inability to retain its value over time. Ultimately, he considers crypto-currencies to be nothing more than an elaborate Ponzi scheme that could wreak havoc on global economies.

However, while he stands by his positions on this issue, Peter Schiff’s price predictions have been wrong. One possible explanation for this discrepancy is that Schiff’s predictions are rooted in his personal beliefs rather than based on solid evidence or research.

Peter Schiff’s predictions about the price of bitcoin have been proven largely inaccurate in the past. Despite this, he continues to assert that bitcoin is an unsustainable bubble due to its volatility and reliance on speculation for its growth.

Only time will tell if his long-term predictions will prove more accurate than his previous attempts to predict the future performance of the crypto-currency.

Read:  What is The Merge? A brief explanation of Ethereum's transition from proof-of-work to proof-of-exchange

However, it is clear that Peter Schiff’s track record in predicting bitcoin price movements must be observed with caution if one wishes to make an informed decision based on his assumptions.

The largest crypto-currency is currently slightly above the $23,000 level.