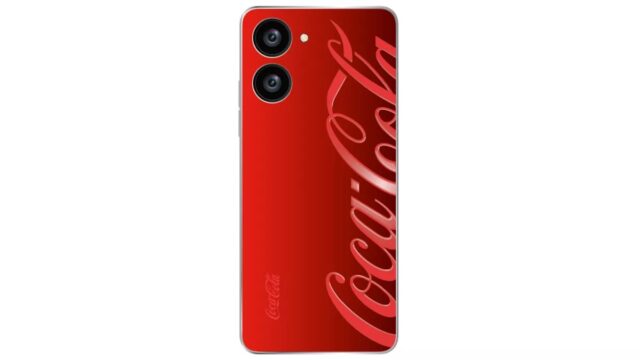 Food and beverage brands occasionally have an attempt to get into the technology space, usually with a partner with an established presence in the market. We’ve seen McDonald’s gaming chair or the same fast-food chain’s VR glasses, or the menu that charges your phone, in the past. Now it’s Coca-Cola’s turn to enter this area with the new… Cola Phone. This isn’t a 100% original device though, but appears to be just a special edition of an already released phone.

Cola Phone will be a Realme 10 with a different casing

Coca-Cola had been active in the technology area more than 25 years ago, in the 1990s, when mobile phones weren’t necessarily popular yet, but a Cola promotion put Philips pager devices in the hands of many customers. Of course, these weren’t exactly “useful”, as a pager can only receive notifications, without being able to send messages, but that promotion proved to be a success.

Read:  Microsoft drops SwiftKey keyboard for iOS. The app will be removed from the App Store

Now a picture of a Coca-Cola phone suggests that, in India at least, the company wants to create a similar campaign again. The partner chosen for this promotion appears to be Realme, a very popular brand in the country. The phone is expected to launch in the first quarter of 2023, so we can expect to see it in an official capacity very soon. At the moment, all we have is an unofficially “leaked” image on the internet, published by leaker Mukul Sharma.

[Exclusive] Here’s the all new #Cola Phone 😍
Can confirm that the device is launching this quarter in India.
Coca-Cola is collaborating with a smartphone brand for this new phone.
Feel free to retweet.#ColaPhone pic.twitter.com/QraA1EHb6w

Aside from the Coca-Cola branding on the back, this looks like a regular Realme 10. It’s not clear if it’s the standard or Pro model, as design-wise they are very similar. Whatever the case, the Coke Phone will still be a mid-range smartphone that offers a basic user experience by all accounts.

Read:  Microsoft is launching a new Sound Recorder application for Windows 11, with much improved functionality