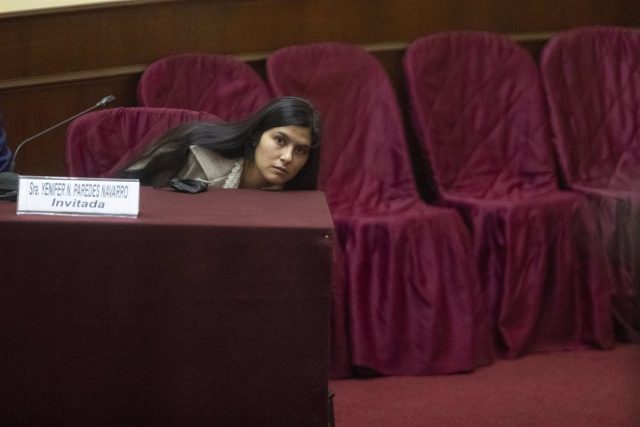 Members of the Anti-Corruption Prosecutor’s Office in collaboration with agents of the Peruvian National Police have raided this Friday afternoon the Peruvian presidential palace to seize recordings from security cameras between August 8,9 and 10. The search lasted almost 16 hours.

A team of special prosecutors has entered the Government Palace to seize the recordings of the security cameras due to the alleged loss of information from them when the Prosecutor’s Office raided the presidential residence to arrest the sister-in-law of President Pedro Castillo, Yénifer Paredes, last August 9, as reported by the newspaper ‘El Comercio’.

The diligence in the seat of Government has been in charge of the prosecutor Jorge Amado and began at 17.00 hours on Friday and has already ended on Saturday morning.

“In compliance with a provision of the Judiciary, the Special Team of Prosecutors Against Corruption in Power carries out a diligence in Government Palace to seize film, videos and recordings from security cameras,” the Peruvian Prosecutor’s Office has reported in a message on Twitter.

Read:  Portugal exits state of emergency due to wildfires but remains on alert

Specifically, the security cameras that the Public Ministry team wants to confiscate are those corresponding to the accesses of the presidential palace, since the day they went to the arrest of Paredes they did not find it there.

The Judicial Power of Peru ordered the arrest of the sister-in-law of President Pedro Castillo, Yenifer Paredes, after the Public Prosecutor’s Office opened an investigation against her for allegedly having committed crimes of influence peddling.

Read:  YouTube will delete from its platform all videos that misinform about abortion

However, at the time of the raid, the team from the Anti-Corruption Prosecutor’s Office did not find Paredes, although days later she voluntarily turned herself in.

The sister of the Peruvian first lady is under investigation after a video was disseminated in which she is allegedly seen offering a sanitation work to the villagers of the Succha community, RPP radio station has reported.

Currently, the sister of the Peruvian first lady is serving 30 months in preventive detention, after the judge in charge of the case declared the alleged commission of the crime of criminal organization to be founded.