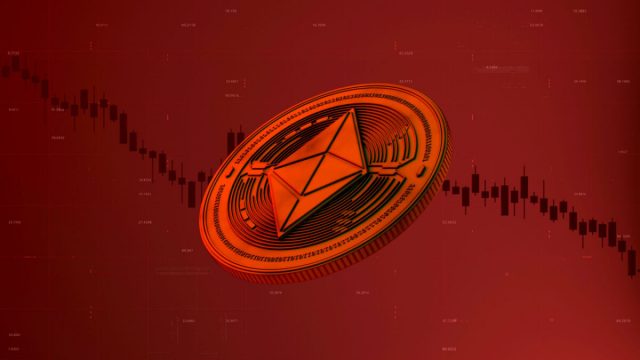 Ethereum continued to fall on Saturday as the token’s post-merger sell-off intensified to start the weekend. Prices for the world’s second-largest crypto-currency fell to their lowest level since July, while bearish market sentiment remained high. Bitcoin was also down today, once again trading below $20,000.

Bitcoin was once again trading below $20,000, with bearish sentiment on the token remaining to start the weekend. BTC slipped to an intraday low of $19,400.08 earlier in the day, which is a level that has historically been a price floor.

After meeting this support point, the bulls returned to the market and attempted, with brief success, to take prices to a high of $20,021.74.

Due to the high level of volatility, prices have since moved away from these highs, with a 1.5% decline. BTC is currently trading at $19,854.17.

On the chart, the 14-day relative strength index (RSI) continues to approach a low of 41.10. Some do not expect significant movement in bitcoin until the index moves away from this point, and begins to climb towards a ceiling at the 50.00 level.

It’s been an eventful week for ethereum, as pre- and post-merger volatility has sent prices plummeting by more than $300. ETH started the week trading at a high of $1,783, but fell to a low of $1,415.58 earlier today.

The move saw ethereum fall below its $1,430 support point, hitting its lowest point since July 26 in the process.

As can be seen on the chart, the decline came as the RSI hit a support of its own, at the 38.70 mark. This point of support has helped stabilize prices, with the earlier bleeding having been somewhat halted for the moment.

Should this floor be broken, it is likely that bears would look to target the $1350 level as a potential exit point.