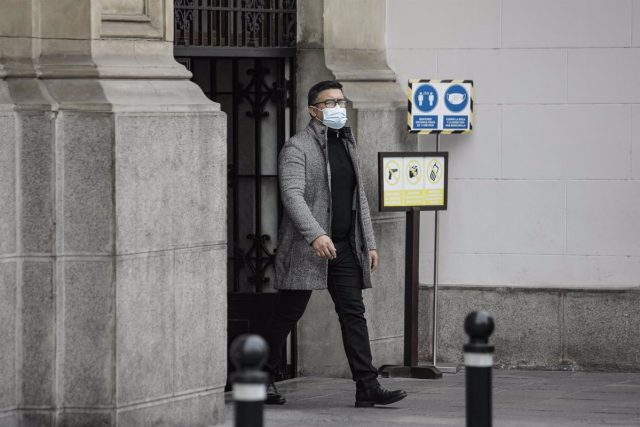 Peru’s Minister of Transport and Communications, Geiner Alvarado, resigned Friday after the Peruvian Congress approved a motion of censure against him on Thursday for alleged acts of corruption.

In a letter addressed to the president of Peru, Pedro Castillo, Alvarado has pointed out that during his administration he has promoted “with diligence and effort the work in favor of the neediest citizens of Peru”, as reported by Andina news agency.

The now former Minister of Transportation, who is accused of irregular bidding crimes during his performance as head of the Housing portfolio, has expressed his conviction that time will allow him to clarify the things that are now being pointed out against him.

“I would like to take this opportunity to express my deep gratitude for the trust placed in me during all this time and to allow me to work in a united and coordinated way in favor of our country”, he expressed to the Peruvian president, according to the above mentioned agency.

With 94 votes in favor, 14 against and eight abstentions, the plenary of the Peruvian Congress approved on Thursday a motion of censure against Geiner Alvarado for his alleged participation in a criminal network that would have President Pedro Castillo as its leader, as stated on several occasions by the Prosecutor’s Office.

Read:  Trump accuses FBI of "stealing" his passports during raid on his Mar-a-Lago mansion

Peru’s president will now have to decide who is the person who will replace Alvarado as minister of Transportation.