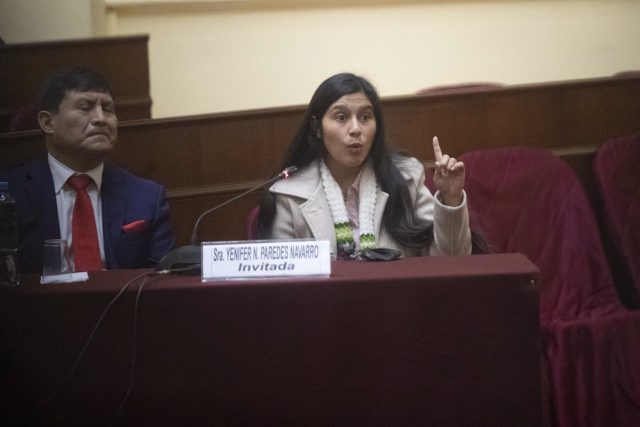 The sister-in-law of Peruvian President Pedro Castillo, Yénifer Paredes, has turned herself in this Wednesday afternoon to the Public Prosecutor’s Office after the Peruvian Judiciary ordered her preliminary detention on Tuesday for alleged influence peddling offenses.

After spending 12 hours in fugitive condition — since on Tuesday a diligence of the Investigation Division of High Complexity Crimes (Diviac) of the Police went to look for her at the Government Palace, without success –, Paredes appeared at 17.30 hours (local time) at the Prosecutor’s Office to make herself available to Justice, reported ‘La Republica’.

After some initial proceedings, the sister of the first lady of Peru has been transferred to the premises of the Diviac, where three other detainees are being held in the case for which the president’s sister-in-law is being investigated.

Paredes faces a fiscal investigation for alleged crimes of criminal organization and money laundering. According to the hypothesis of the Public Prosecutor’s Office, she would be part of a criminal network that would be led by the head of state, as reported by ‘El Comercio’.