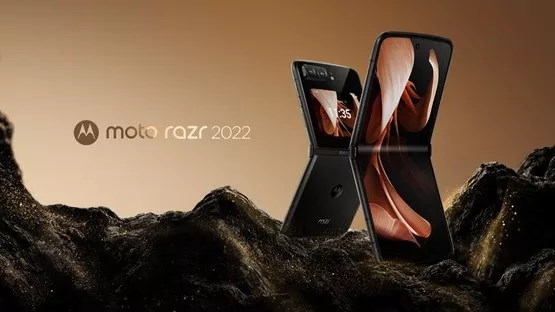 The Motorola Razr 2022 has been officially unveiled, appearing with an almost identical design to the previous model and the Snapdragon 8+ Gen 1 chipset. For starters, Motorola’s new clamshell phone will be available exclusively for the Chinese market, but the manufacturer is expected to announce availability for Western markets in the near future.

Developed on the foundations of the classic Razr phones from the early 2000s, Motorola’s new Razr range of foldable phones emerged in 2019 as a very promising alternative to Samsung’s Galaxy Z Flip series. However, Motorola’s alternative has lagged behind in key respects each time, from software package versatility to hardware capabilities, with the South Koreans at Samsung managing to reconfirm each time their advantage gained from being the developer that de facto launched the global foldable phone market.

Unveiled alongside the X30 Pro and S30 Pro, the new Motorola Razr 2022 comes equipped with the most powerful Qualcomm chipset of the moment, packaged in a design-optimised casing and a few minor upgrades that don’t fundamentally change the user experience.

Thus, the main argument Motorola uses is the notion of a compact, pocket-friendly flagship. The clamshell phone with a foldable screen comes with an Android 12 adaptation called MyUI 4.0, containing a bundle of exclusive apps, somewhat more spartan than we find in rival Samsung. The new Motorola Razr 2022 dinners with a 6.7-inch, horizontally foldable main display. OLED, it has an anti-reflective matte finish and 144Hz refresh rate support. Externally applied and essential for announcing notification messages, the secondary screen measures 2.7 inches and comes dubbed Quick View, Motorola has implemented numerous capabilities for it designed to “save” users the effort of folding/viewing the main screen, thus also increasing the life of the phone. For example, you can use the phone’s main camera for selfie photos, changing the song playing, checking notification messages and more.

The list of features is rounded out with a 50MP main camera, assisted with optical stabilisation. We also find an ultra-wide 13MP camera and 32MP front camera.

Compared to last year’s model, the new Razr ditches the prominent “chin” left at the bottom of the screen in favor of a slightly more modern design. Apparently, the price of the Motorola Razr 2022 remains unchanged from the previous series. Valid for the Chinese market, prices are $965 for the 8GB/256GB memory trim and $1083 for the 12GB/512GB variant. Obviously, prices for Europe will be significantly higher, taking into account both import duties applicable to non-EU goods and Motorola’s marketing strategy, which could “adjust” the final price based on market conditions.