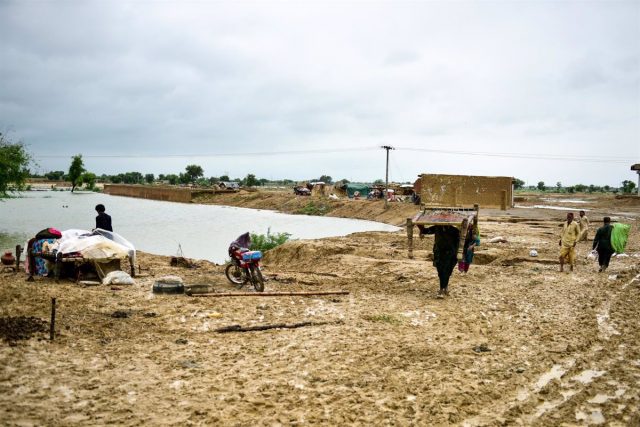 Pakistani emergency services have raised to more than 1,100 the provisional death toll following the rainstorm that has been lashing Pakistan for weeks and has led the government to declare a state of calamity in more than fifty districts.

The National Disaster Management Authority (NDMA) is aware of at least 1,136 deaths, according to the bulletin released Monday afternoon, which places Sindh (402 dead), Khyber Pakhtunkhwa (258) and Balochistan (244) as the worst affected regions.

In addition, it has also recorded at least 1,634 injured, although this is a provisional count because numerous areas are still completely flooded. In total, more than 33 million people have been directly or indirectly affected.

Read:  Seven preschool children are taken to hospital after a hit-and-run in Okinawa, Japan

The authorities estimate that more than one million homes have suffered some kind of damage, including more than 300,000 that have been completely destroyed. More than 735,000 head of livestock have also been lost and almost 3,500 kilometers of roads have been damaged.

Pakistan has experienced rainfall almost three times the average values for this time of year. In areas such as Balochistan and Sindh, current data are five times what would be considered normal, according to a report by the UN Office for the Coordination of Humanitarian Affairs (OCHA).

UN humanitarian coordinator Julien Harneis has described the current crisis as “the biggest challenge” in decades for Pakistan. The organization is calling for $161 million to help one million people.

Agencies such as the World Food Program (WFP) and the UN Children’s Fund (UNICEF) have already announced emergency response actions. The latter organization has recalled that in the areas affected by the storm, 40 percent of children were already suffering from stunted growth due to chronic malnutrition.