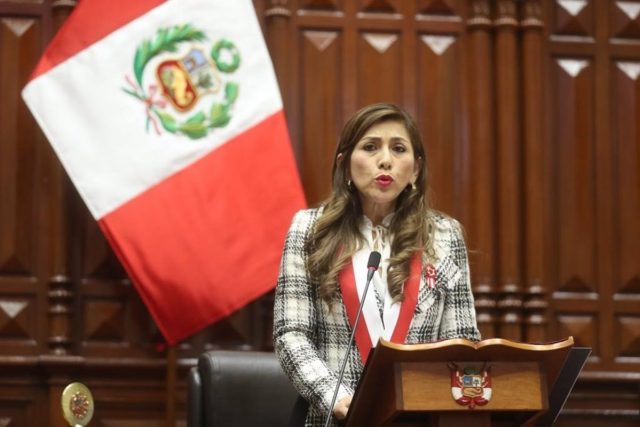 With 73 votes in favor and 52 against, the conservative Lady Camones has become the new president of the Peruvian Congress after winning in a second vote over the other three lists that had presented their candidacy.

In this way, Camones, from Alianza para el Progreso; will replace María del Carmen Alva, from Acción Popular, until July 2023, when the annual period of sessions ends.

Read:  At least 344 civilians evacuated from the Ukrainian city of Mariúpol during the day this Wednesday

“It is for me a great pride to bequeath to the highest representation of our Congress of the Republic. I assume this responsibility, fully aware of the critical moment our country is going through, politically, socially and economically”, said Camones in her first speech as president of the Peruvian Congress, as reported by ‘La República’.

“This morning, the news of the delivery of the
of an important former high-ranking government official who is facing serious and compromising accusations of corruption. It is in this context that this board of directors was elected, and we cannot avoid pronouncing ourselves on the matter,” Camones stressed, referring to former presidential advisor Bruno Pacheco.

The new president of the Peruvian Parliament has reaffirmed her “deep commitment” in the fight against corruption, “whoever falls”, and has congratulated the Prosecutor’s Office for the surrender of Pacheco, who is accused of corruption for participating in an alleged mafia within the Ministry of Transport and Communications of Peru.