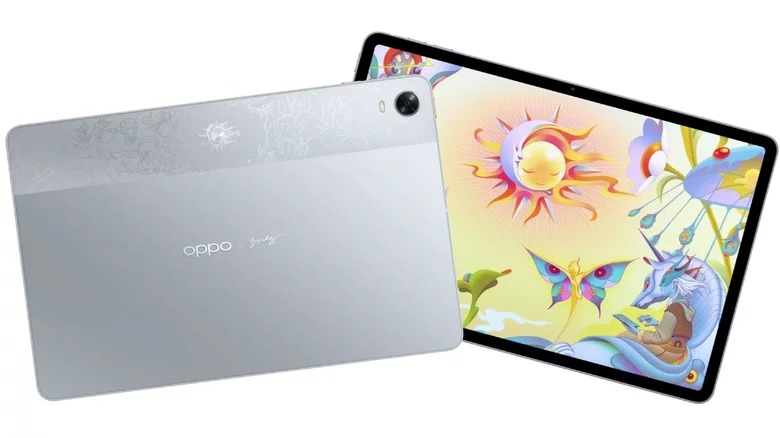 In addition to all the different models in the Find X5 range, Oppo also launched a tablet this week, which could be an interesting alternative to what Apple and Samsung offer in the high-end segment. Simply called the Oppo Pad, this is the first tablet of the Chinese company and offers high-performance hardware at an affordable price, even if you can’t fight on a par with models like the iPad Pro with M1 processor or the new Samsung Galaxy Tab S8.

Oppo Pad comes with a powerful processor and a QHD screen

Based on a Snapdragon 870 processor, the new Oppo Pad will by no means be a slow device. This processor has been used by more high-end mid-range phones or more modest high-end phones in 2021 and has proven to be a high-performance model. Basically, this processor uses the same configuration as the Snapdragon 865, but comes with higher frequencies for a significant performance.

Read:  Amazon buys iRobot, the company that brought vacuuming robots into the mainstream Oppo Pad will use 6 or 8 GB of RAM, as well as an 11 ”display with 16:10 QHD LCD panel. Along with the tablet, Oppo also offers a stylus called Oppo Pencil, for those who need such a productivity accessory. With an 8,360 mAh battery and 33W charging, the tablet should offer many hours of use, in exchange for about an hour and a bit of power for a full charge.

However, it is difficult not to compare the design adopted by Oppo with that of the iPad Pro, or even of the Galaxy Tab S8 tablets from Samsung. We are talking about straight edges, a very thin housing and a frame that is neither too small nor too large around the screen. On tablets, unlike phones, too narrow a frame may provide a lower user experience, as you need a larger grip area without covering the screen with your fingers in use. The tablet will initially be available in China at a price of 2,299 yuan, which is somewhere around 325 euros. Oppo Pencil will cost 499 yuan (70 euros) and the keyboard 399 yuan (55 euros). Oppo Pad availability in Europe has not yet been announced.