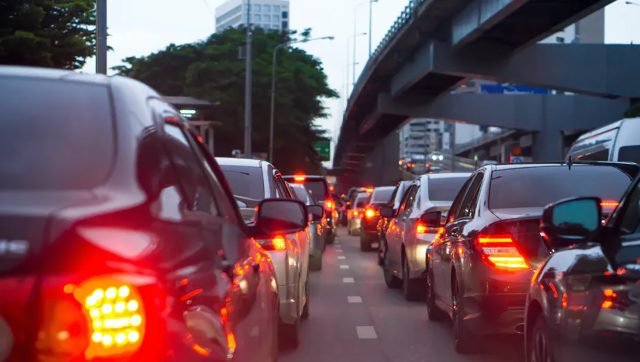 Most cars in Romania are old and very old. It is not at all wrong to say that our country is a cemetery of Europe for used cars. Unfortunately, the modernization process is not facilitated by the crisis of semiconductors, which generates massive delays in the delivery of new vehicles.

Dan Vardie is the president of the Association of Automobile Manufacturers and Importers – APIA. From this position, he expressed his regret over the fact that our country is facing an invasion of old cars and polluting engines, a trend that should end in Romania, especially at a time when all of Europe is running on taxes. on carbon.

Old cars, the obsession of Romanians

“Lithium and nickel resources are unlimited and 13 million electric cars can be produced annually. Things have accelerated in the field of electromobility. The future is zero emissions and there seems to be no other solution. The electric car is a car that is eminently powered by electricity. The discussion that arises is related to how we bring, respectively how we store electricity on board the car. APIA is very active with regard to fleet renewal programs. I had talks with the Minister of Environment, who is an honest man who wants to do things.

Together with my colleagues from ACAROM, I substantiated a strategy that can give predictability to these programs. We believe that a formula must be found to put an end to this invasion of old cars and polluting engines. We cannot accept one thing: the Bible is ecologically called CO2. It all comes down to CO2. All of Europe is running on carbon taxes on cars, and that’s nothing new, “said Vardie.

The official insisted that any initiative by the authorities that could encourage the modernization of the car fleet, through registration fees, annual tax increase or programs like Rabla, are encouraged by APIA.

“In 2009, the average age of the car fleet in Romania was about 8 years, in 2022 it reached 17 years, with prospects of maintaining an upward trend. This is very serious, it shows how close we are to an ecological disaster, given that the demographic disaster has already taken place against the background of poor road safety. To avoid worsening this situation, APIA comes up with a series of proposals and ideas to ministries and government agencies ()

Read:  Marilyn Monroe, the subject of the film, again: what we know so far about the Netflix movie

APIA supports any initiative that limits the number of old and highly polluting cars entering the national car park, such as reintroducing a registration tax and updating the annual tax, both based on average criteria (CO2 emissions and car pollution rate). Another idea would be to implement a mechanism to speed up the recall of old vehicles, by virtue of the PNRR commitment to eliminate 250,000 used vehicles from circulation, either by financially stimulating scrapping or by additional taxation of cars. old. The recovery and rejuvenation of the Romanian car fleet is a primary objective “, say the experts.