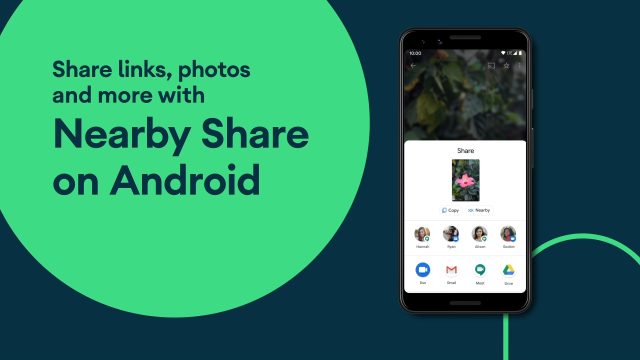 Nearby Share functionality is enhanced, applied to all Android devices with a simple upgrade to the Google Play Services component.

Extended with an automatic update, distributed through the Google Play Store, the Nearby Share feature will now allow you to send multiple files to devices within range of the Wi-Fi connection, without the user having to accept every file in part.

Basically, all you have to do is make sure that both devices are connected to the same Google Account, then all you have to do is select the files to send. You can do this with different devices (eg smartphone-tablet, smartwatch, or tablet-TV) as long as both use one of the supported Android versions.

The similar functionality of Apple AirDrop thus becomes the equivalent of the copy / paste function, being able to be used just as efficiently for transferring a movie to watch on your Android TV, or entire photo collections from one smartphone to another.

As a minor, removing the requirement to approve each file could make a decisive contribution to popularizing the Nearby Share feature, especially among users who may have ignored the easily accessible option right from the main menu of Android phones.

Read:  Special edition. Ioana Dichiseanu invited to ALTCEVA with Adrian Artene one year after the death of her father, Ion Dichiseanu

Google says it has also taken user security into account, with privacy settings available. You can control who can see your device and from whom you can receive. For example, you can limit the function to contacts in your phonebook only.

The Nearby Share feature is compatible with the Android operating system, from version 6.0 to the present.