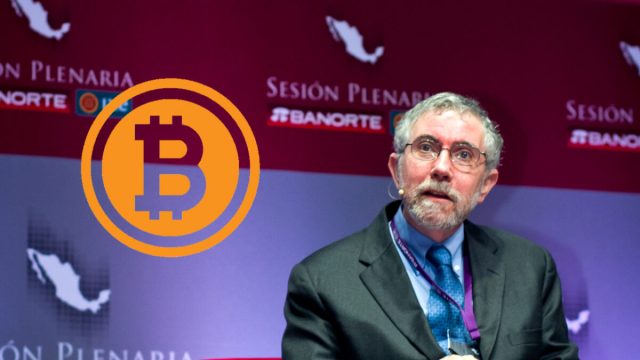 Nobel Prize-winning economist Paul Krugman has warned of the possibility of a perennial winter for blockchain projects, including crypto. In a recent article published in the New York Times (NYT), the economist criticizes blockchain as a technology and its uses, citing several signs that he believes precede this coming winter.

Nobel laureate Paul Krugman warns of an eternal winter ahead for blockchain-based projects, including bitcoin and other crypto-currency networks. In a NYT article published on December 1, the economist discusses the real utility of the technology and the signs that already point to its future downfall.

Krugman criticizes the real utility of this technology when there are other centralized alternatives that currently work very well. On this point, Krugman explained his skepticism by stating:

What’s the point? Why go to the trouble and expense of maintaining a ledger in many places, and essentially carry that ledger every time a transaction takes place?

Based on this, and also on the recent collapse of one of the world’s largest crypto-currency exchanges, FTX, Paul Krugman believes that this crypto winter could lead to a complete abandonment of blockchain and crypto-technology. He compares it to Fimbulwinter, a winter that precedes the end of the world according to Norse mythology.

For Paul Krugman, in recent months, there have been several signs of this coming fall. The economist cites, as justification, the recent write-off that several companies such as Maersk and the Australian Stock Exchange have made regarding their blockchain-based projects.

In addition, Paul Krugman openly criticizes the rationale behind bitcoin, stating that “banks rarely steal their customers’ assets, while crypto institutions more easily succumb to temptation, and the extreme inflation that destroys the value of the currency usually occurs only in political chaos.“

In a similar vein, Paul Krugman pins the proof-of-work (PoW) consensus on bitcoin, estimating the damage it has done to the environment at tens of billions of dollars, with no apparent benefit other than producing “worthless tokens.”

Read:  Ethereum: The merge is dividing the community over potential hard forks

However, this opinion is different from the one he expressed on May 20, 2021. At that time, he expressed that, while he did not believe in the fundamentals of bitcoin, he was sure that the market was a “cult that can survive indefinitely.” In June, he compared crypto-currencies to the housing bubble and the subprime crisis, saying that “it’s a house built not on sand, but on nothing at all.“