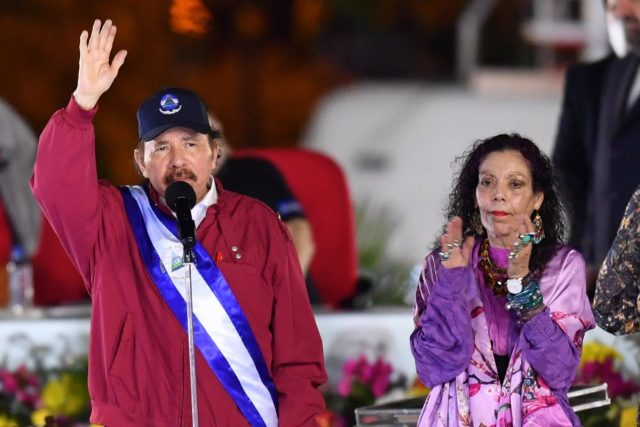 A Nicaraguan judge has issued this Saturday precautionary imprisonment of up to 90 days to two workers of the newspaper ‘La Prensa’, after they were arrested for reporting the expulsion from the country of religious missionaries.

The workers of the newspaper are in the cells of the Directorate of Judicial Assistance (DAJ), reported the newspaper itself, which added that the reasons for the accusation are unknown. Police officers went to the home of the reporter who covered the incident and raided the house of a photographer of the newspaper.

‘La Prensa’ explained that this measure is a response to the newspaper’s coverage of the expulsion to Costa Rica of about twenty religious missionaries of the Missionaries of Charity order.

Read:  The president of Brazil denounces the judge of the Supreme Court for abuse of authority and violation of the Constitution

The Nicaraguan government, led by Daniel Ortega, executed last Wednesday the expulsion of 18 nuns, a fact that would find justification in the drift that the Nicaraguan Executive would have taken against the Church by considering it “opponent and coup plotter”, as Aleteia denounced.

Ortega would have ordered the confiscation of seven NGOs that had previously been outlawed, as confirmed by the media ‘Confidencial’.

The NGOs that would have denounced the “invasion” of their properties would be Operación Sonrisa, Centro Humboldt, Puntos de Encuentro, La Corriente, Cantera, CEPS, and ANIA.

On the other hand, two additional NGOs — which have asked not to be identified — have been closed down, as reported by the aforementioned media.

Read:  Clashes in Chile between supporters and opponents of the new Constitution

Nicaragua’s National Assembly approved a law in April that tightens the Government’s control over NGOs, after in recent months the Executive of Daniel Ortega has ordered closures of independent organizations appealing to alleged formal irregularities.

The General Law of Regulation and Control of Non-Profit Organizations leaves NGOs at the mercy of the Ministry of the Interior, which has the authority to introduce requirements for the operation of organizations and, by extension, the withdrawal of permits. The measure also affects international NGOs, according to the Assembly itself.

The ruling party controls the National Assembly, thanks to which it has managed to push through laws tailored to the criteria of Daniel Ortega’s government. Both the internal opposition and international organizations have warned of the growing pressure on independent entities, although the authorities have justified the closures of NGOs and universities on administrative grounds.