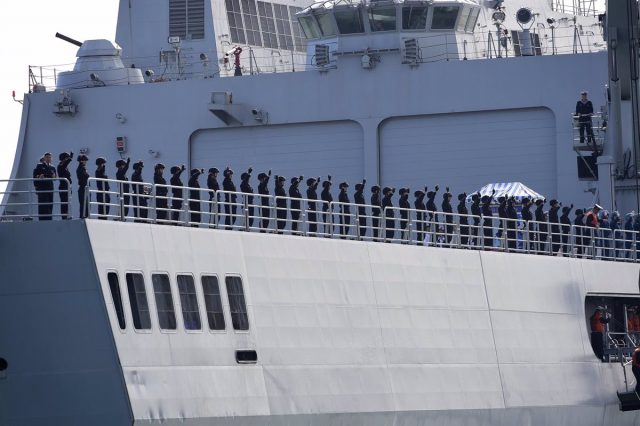 China has announced that it will conduct naval exercises alongside Pakistan off the coast of Shanghai in mid-July.

Chinese Army Navy spokesman Liu Wensheng has indicated that the joint exercise, Sea Guardians-2, is part of the defense cooperation relations between China and Pakistan, CGTN television channel has reported.

Wensheng has explained that the aim is to “jointly meet naval security challenges” while promoting a strategic partnership in the area.

The spokesman has also qualified that these drills have been scheduled in accordance with the “existing annual plan” and that it does not target “third countries.”

Read:  Israel's prime minister offers "work" and "dignity" to Gazans if they opt for peace

Such drills have been conducted jointly by China and Pakistan on previous occasions. On January 14, 2020 both countries concluded a nine-day “mega naval exercise.”