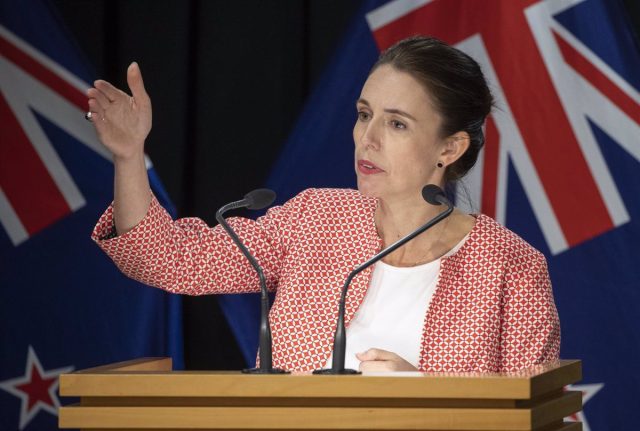 The New Zealand government announced sanctions on Monday against Russian President Vladimir Putin, Prime Minister Mikhail Mishustin, and the Foreign and Defense Ministers in response to the invasion of Ukraine, which began on February 24.

The New Zealand Foreign Ministry has noted on its website that the list of travel bans against Russian citizens for their role in the war has been expanded to include Putin, Mishustin, and Foreign Ministers for Defense Sergei Lavrov and Sergei Shoigu. respectively. The list includes about a hundred names.

Hours earlier, New Zealand Prime Minister Jacinda Ardern had anticipated that the authorities would impose “significant” new sanctions on Russia, including oligarchs, individuals and companies responsible for or associated with the invasion of Ukraine.

“A bill of this nature has never been brought before our Parliament, but with Russia vetoing UN sanctions, we must act ourselves to support Ukraine and our partners in opposing this invasion,” the prime minister stressed. , as reported by the newspaper ‘New Zealand Herald’.

Ardern explained that the sanctions will allow Russian assets in New Zealand to be frozen, prevent individuals and companies from moving their money and assets into the country, and prevent yachts, ships and planes from entering New Zealand waters or airspace.

“When we first responded to Russia’s invasion by issuing targeted travel bans, banning exports to the military and suspending bilateral Foreign Office consultations, we said there were no options off the table,” the prime minister added.

Thus, he has emphasized that “the bill also allows sanctions to be imposed against other states complicit in Russia’s illegal actions, such as Belarus.”

Ardern has shown sadness for the Russian people and has emphasized that the sanctions should affect “decision makers” in Russia.

Likewise, he has spoken about China’s place in the conflict and has said that he will encourage the Asian giant to “take a position on what happened in Ukraine.”

The New Zealand government announced last week that it would implement a series of measures against Russia in response to the invasion of Ukraine, including a travel ban on Russian officials and limits on diplomatic engagements.