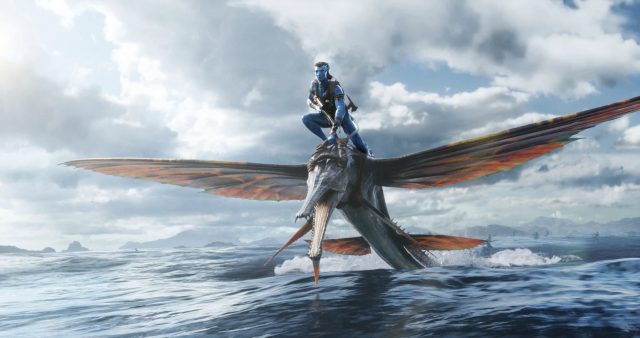 Social media is now full of images confirming the grandeur of James Cameron’s next Avatar. What’s more, it seems Disney has already started releasing a remastered version of the 2009 first part, and in parallel, audiences are getting samples of Avatar: The Way of Water.

The studio isn’t commenting much of the sort, but based on countless Twitter posts, certain images suggest that the next Avatar might be worth the wait.

Additionally, and quite obviously, depending on the market or cinema, the footage shown is not the same everywhere. However, regardless of the footage and how it was divided by area, there seems to be one commonality: fan reaction. Clearly, the public’s love for Avatar hasn’t faded even after 13 years.

Read:  Škoda launches a new electric model: what we know about the Enyaq Coupe

Avatar was re-released today mainly in Korea and France, and is set to do the same worldwide this weekend, with the exception of Spain (release on September 30), China (where it has already been re-released in 2021) and Russia.

The first Avatar is the highest-grossing film of all time worldwide at over $2.847 billion. Written and directed by Cameron and produced by Cameron and Jon Landau, the project starred Sam Worthington, Zoe Saldaña, Stephen Lang, Michelle Rodriguez and Sigourney Weaver.

The Way of Water is the first planned sequel and will be released worldwide on December 14, “landing” in North America on December 16.

This emotional slap that remains intact, a pure happiness ❤️

I wasn’t expecting to see a glimpse of the second film in post credits scene, it was grand and it’s promising 🔥 #Avatar https://t.co/OzNjMGmeNZ pic.twitter.com/yESoM8Hr3L

How nice to be back on Pandora. This remastered version is absolutely splendid. As for the images @officialavatar #AVATARTheWayOfWater they are stunningly realistic. https://t.co/kSl49arHyY