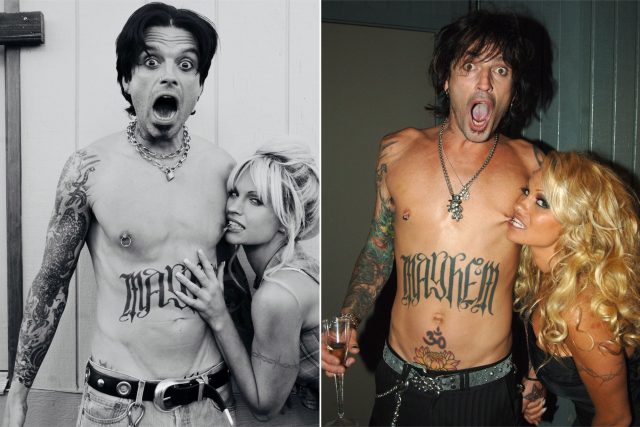 Netflix has announced that it will release a documentary about Pamela Anderson’s life, a month after the limited series “Pam & Tommy” debuted on Hulu.

According to Entertainment Weekly, Pamela Anderson has vowed never to watch the material available on Hulu, a documentary about the actress’ short marriage to rocker Tommy Lee, focusing on the distribution of the video in which the two can be seen having sex. It should be noted that the documentary distributed by Hulu was created without Pamela Anderson having a say in this regard.

“I’m not necessarily a victim, I’m a survivor who chooses to tell his story,” Pamela Anderson said in a message on the new Netflix documentary.

Pamela Anderson wants to tell her story on Netflix

The documentary will include interviews with Anderson, as well as a series of archive footage, along with hitherto unpublished journals.

Netflix promises that this documentary will do justice to Pamela Anderson and that it will tell, without a doubt, the truth.

The documentary is directed by Ryan White (also responsible for “The Keepers”, also available on Netflix) and is intended to be a fairly intimate x-ray of the actress’ life. By comparison, the Hulu documentary is based exclusively on an article published in the press.

Read:  VIDEO Fantastic Fungi, the amazing documentary about the life of fungi, filmed in 15 years: where you can see it right now

At the time, the controversial videotape, in which Tommy Lee and Pamela Anderson could be seen having sex, caused a stir. The actress now insists on expressing her point of view, adding that the focus should be on other real segments of her life, not on a tape that ultimately says nothing about a man.

Pamela Anderson stood out, for the first time, in the series “Baywatch”, which was distributed for a while in our country. Subsequently, the actress gained worldwide notoriety, becoming a true “sex symbol”.