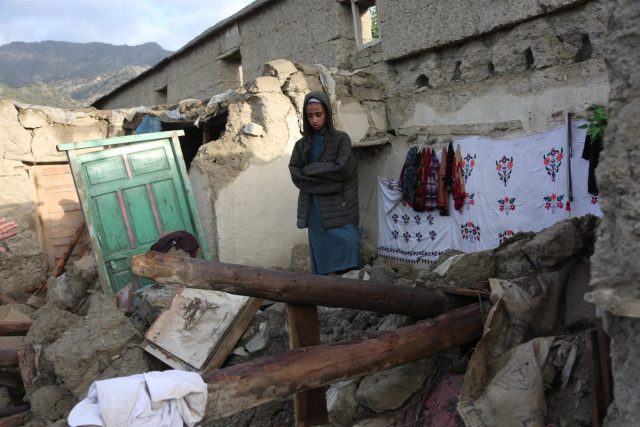 At least ten people have been injured as a result of several earthquakes registered since Monday in several provinces located in the east of Afghanistan, as confirmed by the authorities, who have also pointed out that material damage has also been registered in these areas.

Four earthquakes with a magnitude between 4.3 and 5.1 on the open Richter scale were recorded during the day on Monday in the provinces of Paktika, Paktia, Logar and Badakhshan, according to data collected by the United States Geological Survey (USGS) on its website.

The governor’s office of Paktika province has indicated that at least ten people have been injured in Gayan district, as reported by the Afghan television channel Ariana. For now there are no reports of casualties from the other earthquakes, which have been joined by another one of magnitude 4 in this area, near the border with Pakistan.

Read:  The Prime Minister of Peru speaks about the clashes between the Police and the community members in Apurímac

The provinces of Paktika and Jost were the scene on June 22 of several devastating earthquakes that left around 1,200 dead, according to the official balance sheet. The United Nations Office for the Coordination of Humanitarian Affairs (OCHA) indicated that at least 155 children have died and about 250 have been injured as a result of the earthquake.

In the aftermath, Taliban leader Mullah Hebatullah Ajundzada appealed to the international community to help the authorities in caring for the victims, while Taliban spokesman and Afghan Minister of Information and Culture Zabihullah Mujahid said there are “massive” efforts to deliver aid to the affected areas.