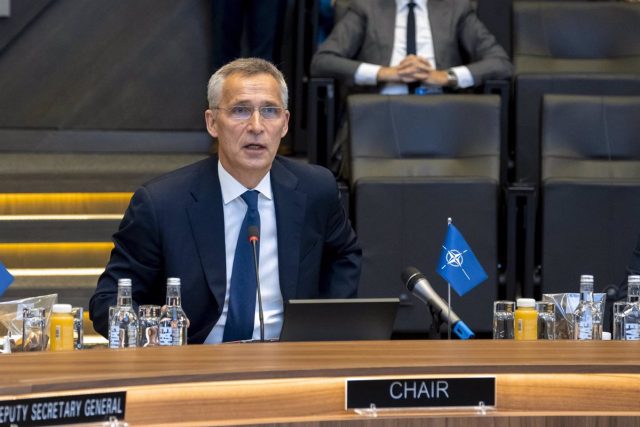 The Secretary General of NATO, Jens Stoltenberg, has shown this Thursday his confidence that the military organization will close an agreement with Sweden and Finland to provide security guarantees, since they take the step of requesting their entry into the Atlantic Alliance.

In the midst of parliamentary debate in both Scandinavian countries on the possibility of joining NATO, which has received a response from Russia saying that the country will have “more officially registered opponents”, the Atlantic secretary general has hoped to find an “arrangement” to cover the period from when they request to enter the organization and their entry is formally ratified.

“I am sure that there are ways to approach this interim period in a way that works for Sweden and Finland,” he assured in statements from the European Parliament together with the president, Roberta Metsola, where he will participate in the meeting of parliamentary group presidents.

At this time, these types of contacts are taking place with the Atlantic Alliance with the aim that “there is no uncertainty” for Sweden and Finland when it comes to “choosing their own path”, the former Norwegian prime minister has indicated. “When Russia tries to intimidate Sweden and Finland not to apply to join NATO, she shows how she does not respect the right of each nation to make its own decisions,” he stressed.

As on other occasions, Stoltenberg has insisted that if both Nordic countries take the step of formally requesting their entry into NATO, the process will be “quick” and has insisted that both are the closest partners to NATO and regularly participate in missions and operations.

The Russian invasion of Ukraine has accelerated the debate in Sweden and Finland about NATO membership, and both have indeed launched a parliamentary process to build consensus on the issue.

Stockholm and Helsinki maintain contacts to jointly present their respective applications to join NATO in mid-May, taking advantage of the meeting of allied foreign ministers in Berlin, just a month and a half before the leaders’ summit in Madrid at the end of June, where more steps can be taken.