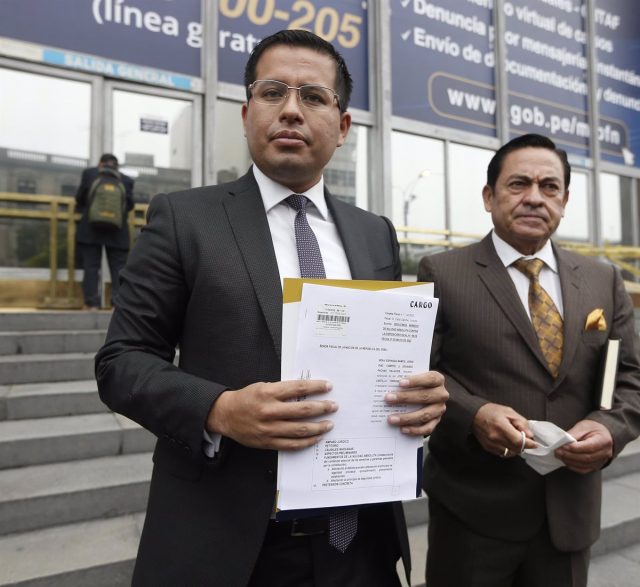 Hours after announcing his resignation from the defense of Peruvian President Pedro Castillo, Benji Espinoza has confirmed that he has reconsidered his decision after having held a meeting with the president at the Government Palace.

In a similar message on Twitter, the Peruvian president’s lawyer announced his decision to resign from the defense of Castillo and the first lady “in the framework of the principle of presumption of innocence attestable to every citizen of the Republic.”

In a press conference called this same Wednesday to explain the motivations for his resignation, Espinoza had assured that his decision to leave the position appealed to personal reasons and that he had nothing against the Peruvian president, reported ‘La República’.

“I have felt this defense as David against Goliath. I have been basically alone defending the president, against everyone and everything,” said Castillo’s now ex-lawyer, alleging the alleged persecution that the Peruvian Prosecutor’s Office and the Peruvian Congress would be exercising on the president.

Asked about Castillo’s innocence, Espinoza has defended that his former client and his wife “are very simple, respectful and noble people”, while maintaining that “until today there is no concrete, tangible, real evidence against him” in the investigations opened by the Prosecutor’s Office.

“With everything I know, examining the testimonies, what there is, I maintain my position: I still believe that Castillo is an innocent person”, added the former lawyer of the Peruvian president in declarations collected by the aforementioned newspaper.

Read:  The United States offers its help to investigate the death of journalist Shirín abu Aklé

In this sense, Espinoza reminded in the press conference after his resignation that the president of Peru “can only” be investigated, so he pointed out that it is “a dead-end case”.

“It is a case where it cannot be formalized, nor advance. In the legal field there can be neither suspensions, nor arrests of the president, nor should the investigation prosper any further,” he added.