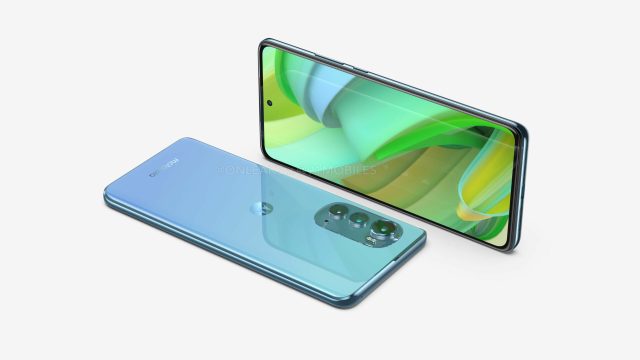 Expected in the second half of this summer, the Moto Edge 2022 will surely be one of the most desired Motorola phones of this year, the new model coming with competitive features and a good price.

Known for now only by the still unconfirmed official name of Moto Edge 2022, the new Motorola star is codenamed Dubai + and would come equipped with the MediaTek MT6879 chipset (Dimensity 920). But this is not the main attraction, but the FullHD + pOLED screen with a refresh rate of 144 Hz, measuring no less than 6.5 inches diagonally.

According to the renderings generated based on the sketches sent to the partners responsible for the supply of accessories, the screen of the Moto Edge 2022 comes cut after the contour of the case, with only an insignificant “chin” left at the bottom and perforated applied centrally, accommodating a 32MP camera.

Read:  Why the military "listens" to the Stinger rocket tube before launch

Bounded by a rather modest ornament, in terms of the design used, the triple-camera system has as main element a 50MP camera with optical image stabilization function, 13MP ultra-wide camera and a 2MP DoF sensor , added rather as a decorative element.

The volume flap and the power button and the USB-C connector at the bottom can be seen on the side frame. Also there we will find the perforation for the speaker and the microphone, respectively, the SIM card slot. The Moto Edge 2022 would be shipped with 6GB and 8GB of RAM, and 128GB and 256GB of internal storage, respectively. The 8.2 mm thick case (10.1 mm, if we take into account the photo module), will house a 5000mAh battery, more than enough for the needs of the selected configuration.

Apparently, the new Moto Edge also comes with a stylus holder, most likely offered as an optional accessory.