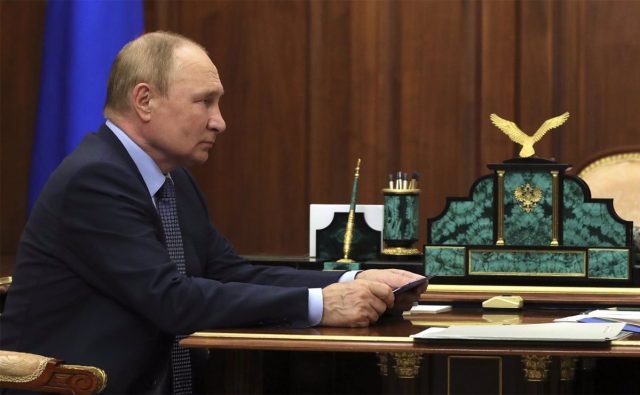 Kremlin spokesman Dmitry Peskov has advanced that the appointment of a new British prime minister, scheduled for this Monday, will not provoke “any change” in diplomatic relations between Russia and the United Kingdom.

In fact, Peskov has not clarified the doubt whether Russian President Vladimir Putin will convey his formal congratulations to Boris Johnson’s successor as ‘premier’. “Let’s wait and see who becomes prime minister,” the Kremlin spokesman has said.

For the Russian official it is complicated to expect any change in the relations between the two powers, since “it cannot be ruled out” that the change of the head of the British Executive “could be for the worse,” according to the Russian agency TASS.

In fact, Peskov has criticized that both the Foreign Minister, Liz Truss, and the former Finance Minister, Rishi Sunak, both aspiring to succeed Johnson, have adopted an anti-Russian rhetoric.

“The candidates have competed with each other on anti-Russian rhetoric and threats to take further action against our country. So I don’t think there is anything positive to expect,” the Kremlin spokesman told the media.

London has, like the European Union, the United States and other international powers, taken the path of sanctions against Russia in response to the war in Ukraine, which began in late February, and is also leading a program of training Ukrainian soldiers on British territory.

Read:  Mexican authorities intercept nearly 700 migrants in two operations in the center of the country

The UK Conservative Party will announce this Monday the result of the ‘Tory’ vote, which will make Truss or Sunak the new tenant of Downing Street, succeeding Johnson, who was forced to resign in early July amid a series of scandals and a political crisis culminating in a cascade of resignations of members of his government.