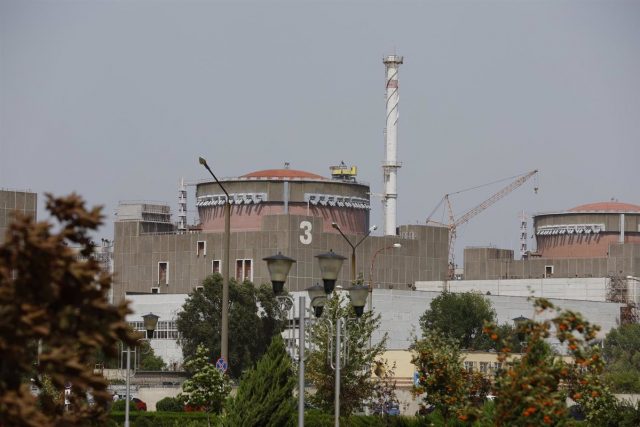 Both the Russian Defense Ministry and the Ukrainian state energy operator, Energoatom, have confirmed on Sunday that radiation levels at the Zaporiyia nuclear power plant, the scene for weeks of fighting as part of the Russian invasion of Ukraine, are completely normal.

However, Moscow has denounced new Ukrainian attacks against the facilities, specifically two artillery shells that have hit near reactor number 6 and at a pumping station for the plant’s cooling, respectively.

Read:  Ukraine puts the number of children killed since the start of the war with Russia at more than 350

Shortly afterwards, the Russian administration in the city of Energodar, close to the plant, have denounced the shooting down of a drone loaded with explosives launched by Ukraine against the facilities.

“The target was a spent nuclear fuel storage facility, as evidenced by the flight path,” according to a statement also picked up by TASS.

Pro-Russian authorities have reported late Sunday night that at least nine people are injured, two critically, as a result of the Ukrainian Army shelling.

The head of the military-civil administration of the Zaporiyia region, Evgueni Balitski, has explained that Kiev has carried out three targeted attacks on residential buildings around 22.00 local time (23.00 Spanish peninsular time).

“At the moment, there are nine victims, two of whom are in intensive care,” he has communicated. The victims in serious condition are a man and a woman. The male has a “complex wound” in the leg, while the female has a chest wound. “Doctors are fighting for their lives,” Balitski said.

Read:  56 percent of Colombians approve of Petro's performance during his first weeks as president

Ukraine has not responded to these latest accusations and has limited itself to denouncing against new Russian attacks in the vicinity of the plant, local authorities said in a statement reported by the Ukrainian portal Golos.

“In the early hours of August 28, 2022, the Russian Army attacked the town of Zaporiyia with a Kh-22 missile, hitting a housing community,” they claim, without giving information about casualties.