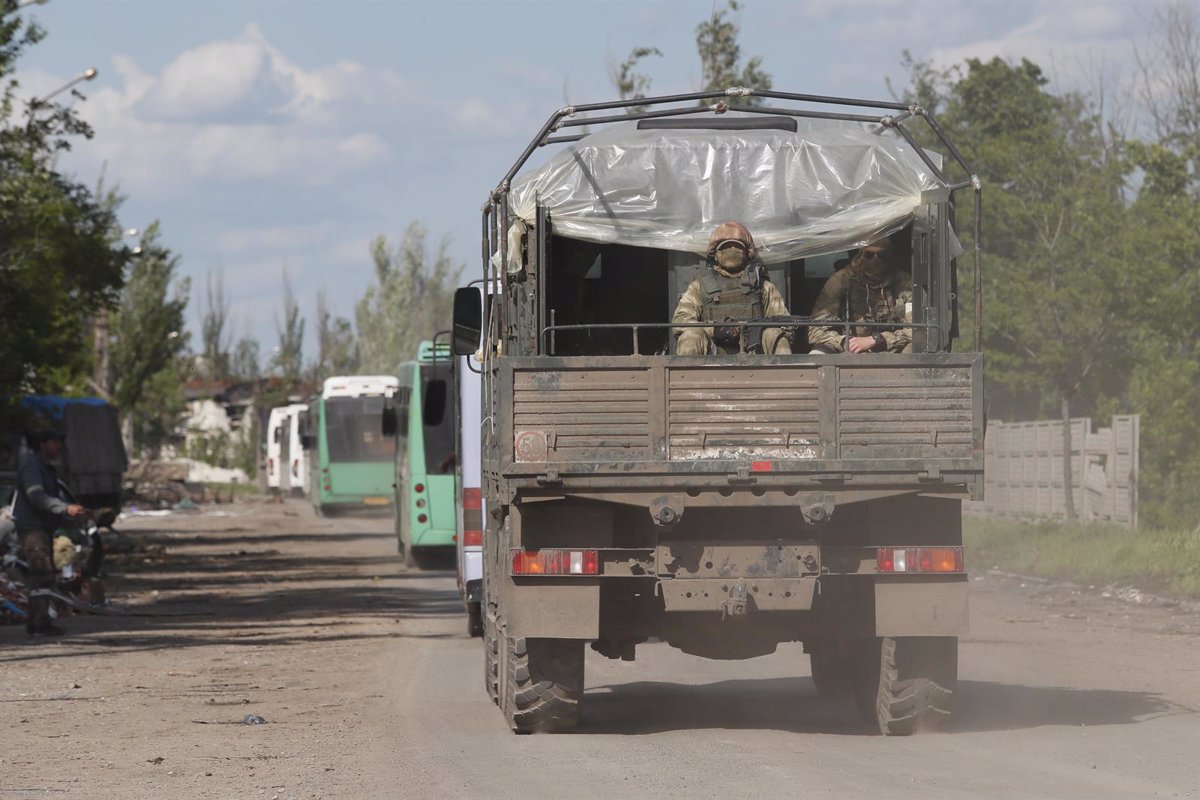 More than 1,000 Ukrainian and foreign military personnel have been transferred from Mariupol to Russia for investigative actions, the TASS news agency reported on Tuesday.

“More than 1,000 people from the Azovstal steel plant have been transferred to Russia. The security forces are working closely with them,” a source from the security forces told the aforementioned agency, adding that the investigation intends to send another part of Ukrainian prisoners of war to Russia in the near future.

Read:  The British Conservative Party expels an MP after being accused of sexually assaulting a minor

“In the near future, after face-to-face talks with a number of prisoners of war, the investigation also plans to send them to Russia,” he said.

Likewise, the source cited by the Russian agency has stated that more than 100 people could be in Moscow. “Among them foreign mercenaries who surrendered in Mariupol,” she stressed.

Authorities in the self-proclaimed Donetsk republic announced last week that some of the prisoners at the Azovstal steel plant, including those who surrendered, would be sentenced to death.

On May 20, Russia reported the definitive seizure of the Azovstal plant, the last stronghold of the resistance offered by the Ukrainian forces in the besieged city of Mariupol, located on the shores of the Azov Sea, in an attempt to close the exit to the the Ukrainian sea and unite the Donbas region with the Crimean peninsula, both under the umbrella of the Kremlin.