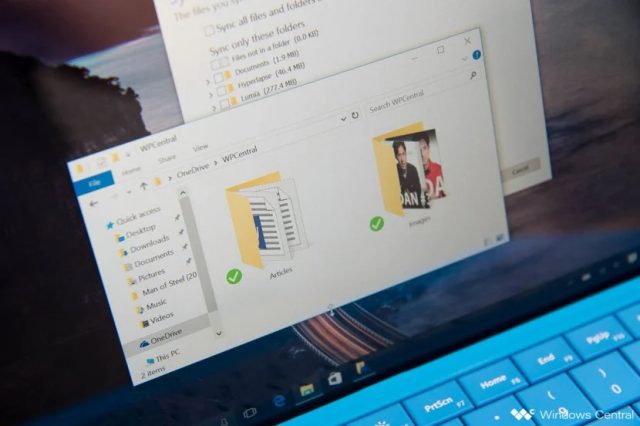 Whereas before, OneDrive users went straight to the My Files folder, the experience now will be similar to the Office Online version, with the home page becoming OneDrive Home.

Inspired by the web version of the Microsoft Office suite of applications, OneDrive Home presents a list of files, organized by last access criteria. What’s more, there will be filters that make it easy to select a particular file type (e.g. Word, Excel, PowerPoint or PDF document), all without worrying about the actual location of the file in your OneDrive collection. Furthermore, there will be an “Activity” column where you will be able to see if the document in question has been edited in the meantime by other co-workers, possibly if they have left comments letting you know about the changes.

In the accessible list on the left side of the interface you will find the Quick Access section, where you can set for quick access those folders you visit most often.

Although the announcement came just today, Microsoft makes it clear that the new OneDrive interface isn’t quite ready for official debut, with a full-scale rollout to be announced in the coming months after the small-circle testing phase is over.

Another OneDrive “innovation” that not all users have access to is the Photo Story (Instagram Stories equivalent) feature, which Microsoft has decided to roll out only to users in Australia in preparation for a global launch later this year.