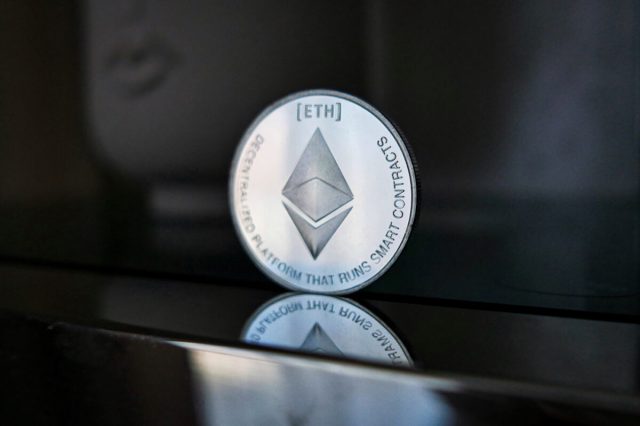 The Ethereum Merge is the transition of Ethereum’s consensus mechanism from proof-of-work to proof-of-stake. Proof-of-work is a power-hungry system that has been criticized for being wasteful of energy.

The transition is expected to reduce Ethereum’s energy consumption by over 99%. However, this transition will also result in the replacement of the Ethereum miners currently needed to run the current proof-of-work system. The upcoming miner movement is quickly becoming a hot topic of discussion in the Ethereum community.

One possible option for the Ethereum mining industry is to move to Ethereum Classic. ETC is the result of the Ethereum Foundation’s decision to hard fork the Ethereum blockchain in 2016. The price of ETC increased by over 170% in anticipation of this move.

The other, more controversial option is a hard fork of the Ethereum blockchain after the merger. The proof-of-stake layer will become the Ethereum main chain. However, another blockchain still operating with the proof-of-work mechanism will emerge. A hard fork can lead to major confusion and potential technological problems.

The Ethereum merge is expected to be implemented the week of September 19. With the date fast approaching, many influential figures and companies are issuing statements for and against any potential hard fork.

Vitalik Buterin, the founder of Ethereum, has come out fiercely against any potential hard fork. In the EthCC, Vitalik asked proof-of-work enthusiasts to support the Ethereum Classic chain. He also stated that hard fork supporters are exchange owners looking to make a quick buck.

Chainlink, the leading smart contract company, revealed that it will only support Ethereum’s proof-of-work layer. Any other hard fork will not be supported by Chainlink.

The second largest mining pool, f2pool, stated that the era of proof of work is over on Ethereum. He left the decision of a hard fork to individual Ethereum miners. However, they hope to move to proof of stake.

DeBank DeFi, a major crypto-currency holding company, says that an Ethereum hard fork will be a disaster. They revealed that none of their products will support a token from a hard fork.

ETC Cooperative wrote an open letter explaining why an Ethereum hard fork won’t work. They explain the substantial difficulty of such a hard fork this time around, compared to when Ethereum was hard forked in 2016.

Read:  Shiba Inu continues to perform exceptionally well and exceeds $0.00001300 in an ecosystem that continues to grow

Justin Sunthe founder of the Tron blockchain and Poloniex exchange, has been the biggest proponent of an Ethereum hard fork. His Poloniex exchange lists ETHw and ETHs tokens. He has also engaged in a war with Vitalik Buterin on this issue.

Huobia crypto-currency exchange, has revealed that it will list the hard fork tokens provided they meet its security requirements.

Chandler Guoan influential Chinese miner, has made it clear that he will proceed with a hard fork of Ethereum.

Alistair Milne, the CIO of Altana Digital Currency Fund, believes that an Ethereum hard fork token can represent up to 9% of Ethereum. This makes the market capitalization of such a token roughly equivalent to Ripple’s XRP. However, he did not explicitly endorse a potential hard fork.

Kevin Zhouthe CEO of Galois Capital, thinks he can see up to three channels after the merger. Kevin Zhou also predicted the crash of Terra LUNA.