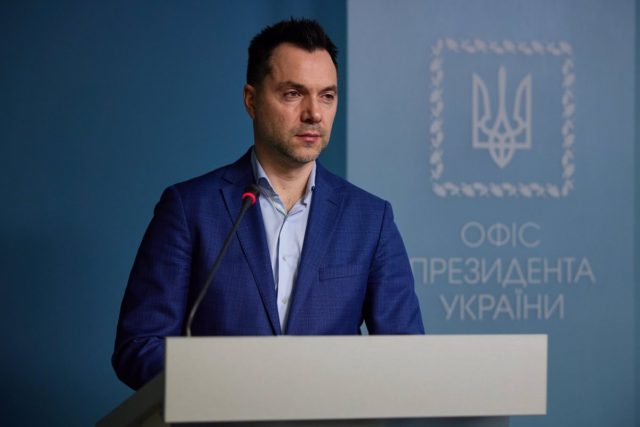 The Ukrainian government has reported this Friday that the Russian delegation in the peace negotiations is “gradually reducing” the requirements to achieve success in the talks that aim to stop the Russian invasion of Ukraine.

For the time being, the Russian Government seems to have abandoned its calls to “denazify” the country, in reference to Moscow’s denunciations of the presence of “Nazi elements” within the Ukrainian Government, and its calls are becoming increasingly tangible, according to the adviser to the head of the Office of the President of Ukraine, Oleksiy Arestovich.

Arestovich has indicated, in this sense, that Russia is beginning to ask Ukraine for guarantees that it will not join NATO, and above all, conditions against the deployment of certain weapons systems in the country.

Read:  Taliban and Panjshir resistance claim to have killed dozens of fighters in recent days in Afghanistan

“They have stopped talking about denazification and so on to start talking about a non-accession status, although they have not talked much about this issue either. In reality, they have focused on preventing the deployment of certain types of offensive weapons in Ukraine,” explained the adviser in statements collected by UNIAN.

The adviser has indicated that this reduction in requirements shows that the Russian Federation “is beginning to understand that it is not possible to achieve its political objectives by military means”, and has taken the opportunity to recall the “theoretical agreement” reached on Thursday by which both The parties “have consented to the provision of humanitarian assistance or humanitarian corridors to the encircled cities in Ukraine, cities suffering from the Russian invasion.”

Read:  Powerful earthquake on the Ecuador-Peru border shakes both countries

It should be remembered that Russia is also asking Ukraine to recognize the separatist regions of Donetsk and Lugansk, as well as to abandon any claim to sovereignty over the Crimean peninsula – under Russian control since 2014 -.

Likewise, the presidential adviser has updated the development of the war conflict by reporting that the fighting has hardened in recent hours north of the capital, Kiev. The cities of Kharkov and Okhtirka “are being crushed by the enemy but the defense remains,” particularly in the latter city, where the Russian Army has tried to destroy a thermal power plant in recent hours.

That is why the Russian Army seems to have “changed direction in the last few hours” to focus on Mariupol, which is “partially surrounded”, according to the adviser; and Odessa, which at the moment “is not in immediate danger.”