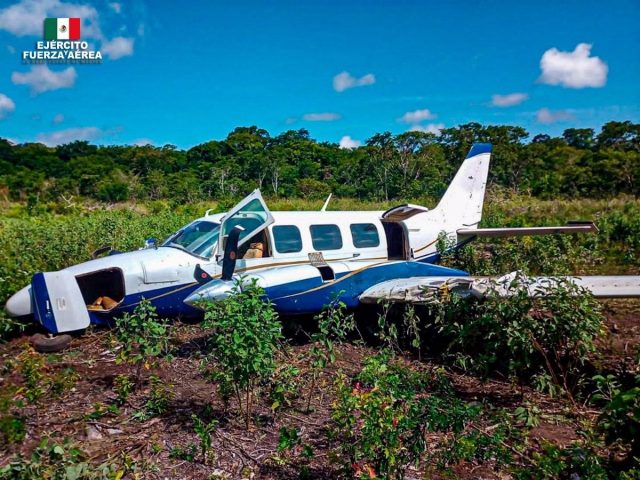 Mexico’s Defense Ministry announced Sunday that the country’s Army has intercepted a light aircraft traveling with 460 kilograms of cocaine.

The ministry’s Integrated Air Surveillance System had detected an unidentified aircraft coming from South America on Saturday, so it requested the deployment of two Embraer EMB-145 aircraft and three UH-60 helicopters to track the craft, the ministry said in a statement.

The aircraft made a forced landing 79 kilometers from Campeche, a port city located in the south of the country, in the Gulf of Mexico.

The plane’s crew fled. “Upon realizing the proximity of military personnel, they opted to abandon the presumed illicit cargo and aircraft, dispersing from the site in different directions,” the ministry’s secretariat describes in the missive.

The agents found 38 packages with an approximate weight of 460.5 kilograms of cocaine. These packages have been handed over to the competent authorities, who will be in charge of the expert confirmation.

“With these actions, the Mexican Army and Air Force reaffirm their commitment to watch over and safeguard the well-being of citizens, as well as guarantee the sovereignty, security and protection of national airspace, contributing with the Mexican government to maintain the peace and security of the population,” the ministry concluded.