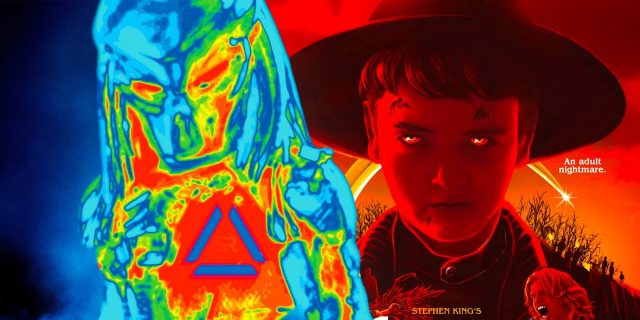 Stephen King heats up Twitter again and launches a cnotroversial discussion topic with emphasis on Children of the Corn, Predator and Prey.

1984’s Children of the Corn is one of many adaptations based on King’s books and stories, and this production starred John Franklin (as Isaac) and Linda Hamilton (as Vicky). Despite the intriguing story of the first film, it failed to connect with audiences and critics alike.

Even though Children of the Corn received overwhelmingly negative reactions, there was even a sequel in the early 1990s, followed by several other films.

Predator is another horror franchise from the 1980s, but a successful one this time. The original 1987 Arnold Schwarzenegger-starring Predator, directed by John McTiernan, received good reviews upon release and was even nominated for an Oscar. However, 20th Century Fox didn’t enjoy the same success with Predator 2. However, director Dan Trachtenberg has managed to change that pattern with the recently released prequel, Prey.

Read:  Top 10 Netflix - the most watched movies and series this week: what productions lead the ranking

Prey has caught the attention of viewers and entertainment industry insiders, and now even Stephen King is talking about the franchise. The writer recently tweeted an idea that might not sit well with you if you’re a Predator fan or even a King fan.

Stephen King thinks it wouldn’t hurt to have Children of the Corn vs. Predator in the future

Hulu’s Prey has been getting great reviews, which apparently gave Stephen King an idea. Prey 2 hasn’t been confirmed yet, but the latest film sets its action 300 years in the past, leaving open loopholes for lots of ways the series could continue. That said, a Children of the Corn crossover isn’t going to be the answer, as Stephen King hopes.

Still, it seems King was more than likely joking in his tweet, especially since a crossover between Children of the Corn and Predator doesn’t make much sense. Or at least we hope he was joking.

How about this for a movie idea? CHILDREN OF THE CORN VS. PREDATOR. You’d just need the right star.