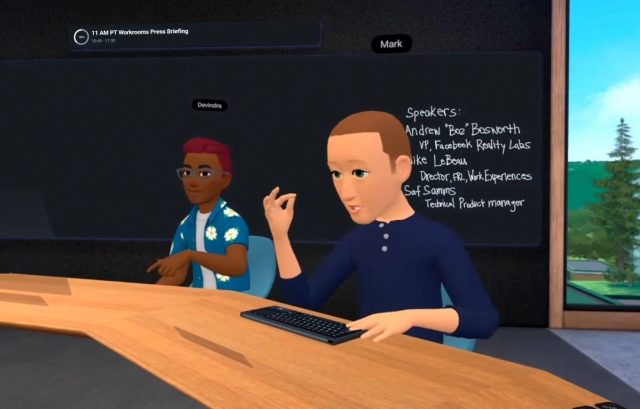 Last year, Facebook turned into a “Meta”, with a new direction for the future: the creation of a metavers that will combine social networks, with work in virtual spaces and gaming in a single coherent platform, accessible from any type of device. The company’s first efforts in this direction are Horizon Worlds, a kind of “Facebook in VR”, and now the company has revealed its monetization plans in Horizon. It seems that for metavers, the company intends to keep half of the cost of each digital asset that will be sold inside the platform.

Meta keeps half of the amount for each metaverse sale

Horizon Worlds, the VR social network available on Meta Quest devices, now allows content creators to populate the virtual world with custom objects. These can be sold to other users, but to do so, you must go through the company’s distribution system. Basically, it’s a kind of “App Store” that charges a commission on every sale. However, within Horizon Worlds, Meta will charge twice for each transaction. There is a commission for the Meta Quest app store as well as a separate commission for Horizon Worlds. In the end, the creator gets just over half of the amount demanded from customers.

The app store fee is standard at 30%, as is the case with most app stores, including Apple’s App Store. In addition, out of the remaining amount, Meta will take another 25% for items sold at Horizon Worlds. In the example given by the company, the creator remains with 52.5% of the required money, while 47.5 go to Meta. However, those 52.5% are before the application of taxes, so in the end, the seller is left with less than half. “If a creator sells an item for a dollar, then the Meta Quest Store retains a $ 0.30 commission, and the Horizon Platform retains a $ 0.17 commission, leaving $ 0.53 for the creator before the fees apply.” , Meta representatives explained.

Read:  Apple has a new partner for iPhone 15 zoom cameras

Of course, Horizon Worlds is not (yet) the metaverse promised at the Connect 2021 conference. These fees may be adjusted over time. For now, however, content creators will have to sell virtual objects at very high prices in order to keep as much money as possible.

Zelenski urges Russia to be nuclear-free