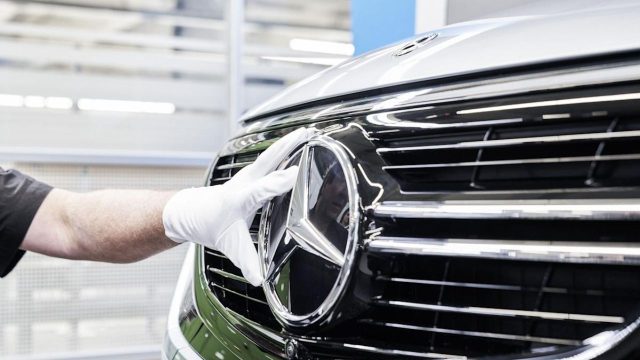 Mercedes has doubled the range of its GLC hybrid plug-in SUV at 100 km.

The refurbished GLC plug-in hybrid model from Mercedes-Benz will go twice as far in the all-electric module as its predecessor to keep up with increasingly stringent emissions regulations.

The new version of the best-selling Mercedes model can cover a distance of over 100 km with battery only, the company announced.

The SUV will only be offered as a lightweight hybrid or plug-in, helping the German manufacturer to reach the European Union’s emissions targets, while offering a lot of state-of-the-art models with combustion engines.

Read:  The new Apple patent: what it has to do with the future Apple Car

“Being the best-selling Mercedes-Benz in the last two years, it is one of the most important vehicles in our product portfolio,” said Britta Seeger, Mercedes’s chief sales officer.

Everything for efficiency and profit as much as possible

Mercedes and other automakers are relying on the profitability of larger models of combustion engines to help fund their transition to a battery-powered future.

While the company launched a fully electric version of its flagship S-Class last year, the biggest money makers usually include the G-Class and high-performance AMG models.

The carmaker plans to reduce its entry-level suite of cars and channel more than three-quarters of its investment into state-of-the-art vehicles.

Read:  All drivers should know: car services in Romania have been fined over one million lei

Mercedes has also pledged to spend more than 40 billion euros ($ 43 billion) over the decade to electrify its range and halve its greenhouse gas emissions by the end of the decade. 2018.

Mercedes has not yet launched a starting price for the new GLC.

The current model starts at around 48,000 euros in Germany.