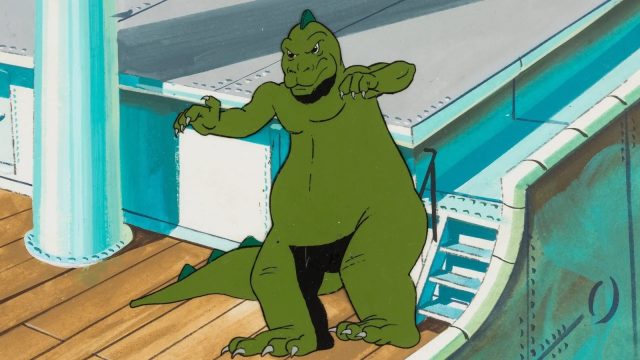 Godzilla fans will be delighted to learn that the second season of the 1970s animated series “Godzilla” will finally be available for a live stream, ready for official release on YouTube.

Rarely seen in the last 40 years, this second season will be available exclusively on Toho’s official Godzilla YouTube channel and will bring viewers back face to face with the old-fashioned adventures of Godzilla and Godzooky.

Read:  VIDEO New trailer for Elvis, the latest film about the life of the king of rock 'n roll: what I found out about the movie

The first part of season 2 “Godzilla” will be uploaded today, June 6, so keep an eye on this channel to be the first to see the new “old” episodes.

Godzilla animation, a total success at launch, 40 years ago

Produced by Hanna-Barbera, the animated series “Godzilla” ran from 1978 to 1981, developed by Dick Robbins and Duane Poole, and contains a total of 26 episodes aired in two seasons.

The animated series follows the adventures of a team of scientists on Calico, a research ship, led by Captain Carl Majors. The crew also includes scientist Dr. Quinn Darien, her nephew Pete Darien and her research assistant Brock Borden. Moreover, on the same ship is Godzooky, Godzilla’s “pretty bastard nephew” and Pete’s best friend, in an exceptional comic role. Godzooky is constantly trying to fly using his miniature wings under his arms. Maybe even funnier than that, whenever he tries to blow fire, Godzooky only manages to blow a few rings of smoke and that’s about it.

Therefore, the group often calls on Godzilla using a special signal when in danger, such as the attacks of other giant monsters. Godzooky is also able to make certain sounds to call Godzilla.