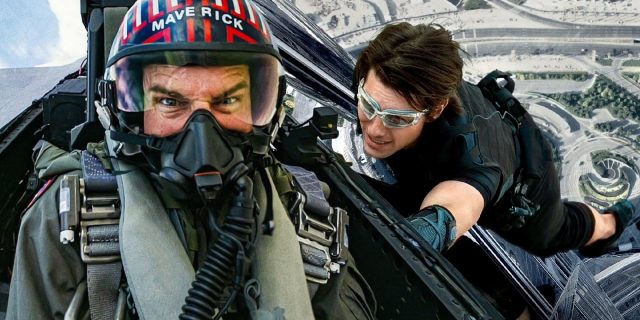 Tom Cruise is great at coordinating complex flying sequences, and you can see that in a new image, posted on Twitter, that serves as a bridge to the digital release of Top Gun: Maverick.

After being delayed considerably to give the cast and crew more time to work on the extremely detailed combat sequences, and suffering further delays due to the COVID-19 pandemic, the Top Gun sequel was finally released in cinemas in May this year, and proved to be a real hit in cinemas.

A new behind-the-scenes clip from Top Gun: Maverick reveals just how involved Cruise actually was in coordinating the stunts in the film.

Distributed exclusively by Fandango to preempt the film’s digital release, the video also includes brief interviews with Cruise’s co-stars Glen Powell and Miles Teller, as well as director Joseph Kosinski and producer Jerry Bruckheimer, who recount just how hard their job really was.

One clear conclusion can be drawn from this clip: Tom Cruise is a perfectionist, and more than that, he expects the same from his collaborators.

As Bruckheimer details in the video, each day on the set of Top Gun 2 began with a three-hour briefing in which Cruise coordinated complex flight sequences before the actors entered the booths and began filming.

Read:  Kia has big plans for Europe: when it launches EV9

Powell suggested, in turn, that there was “no other movie star on the planet” who could have made the aerial sequences in Top Gun 2 possible – not in this way.

Ready for #TopGunMaverick to land on your TV? We have this EXCLUSIVE behind the scenes look which shows us just how crazy essential Tom Cruise was to designing the fights and flights in the biggest movie of the year so far! https://t.co/HrOyZrsdc2 pic.twitter.com/Y2Dqzlcjiw