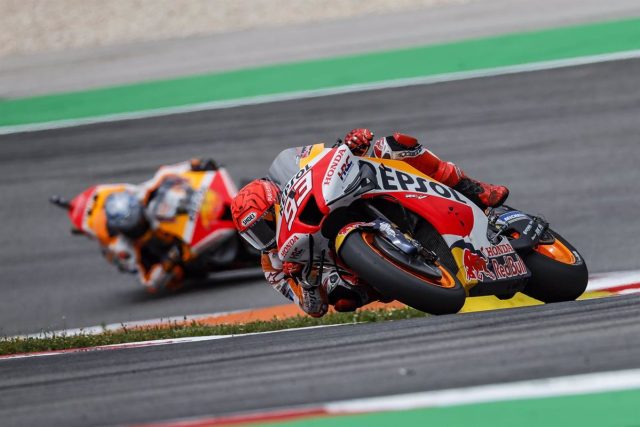 Pol Espargaró: “I’ve had some good races at Le Mans, it suits my style a lot”

The MotoGP rider Marc Márquez (Repsol Honda Team) believes that the important thing at the moment is “to continue building and improving” both on a motorcycle level and on a personal level, after his new and overcoming episode of diplopia, and he hopes to be able to improve in Le Mans, at the weekend’s French Grand Prix, fourth position from Jerez.

“In general, the Jerez weekend was good to include the test because we were able to learn a lot. Now we come to France to see what is possible. The important thing is to keep building, keep improving and keep closing the gap with those in front.” said in statements provided by the team.

Márquez pointed out that in Jerez they made “progress” which now has to be continued. “We have to keep going, especially after the test, it’s important to see how everything is. I’ve had some good races at Le Mans and other more complicated ones, it can depend a lot on the weather conditions, but they look good for this weekend,” he said. .

For his part, his teammate Pol Espargaró is confident of having another good race at Le Mans, a circuit he likes and is good at. “I’ve had some good races at Le Mans, the cold conditions and high grip levels suit my driving style very much,” he celebrated.

“Last year I think Le Mans was one of the first weekends where we were able to really start to show our potential. I know that both myself and the bike have improved since then, so I’m looking forward to going back and putting into practice what we found out during the test,” he said.