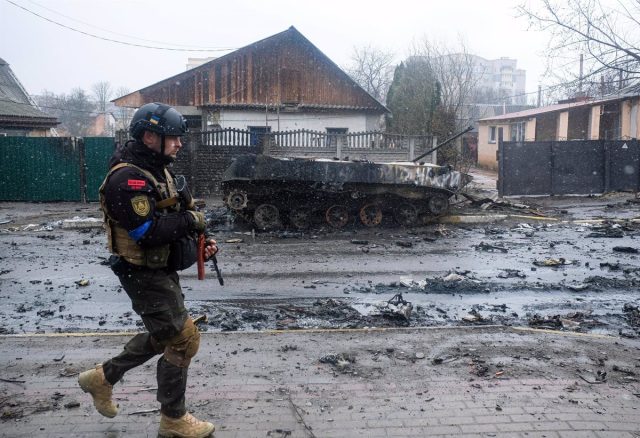 File – A Ukrainian soldier in Bucha, outside of kyiv, Ukraine – Matthew Hatcher/SOPA Images via / DPA – File

The Ukrainian Armed Forces have assured this Sunday in their daily balance that in the last 24 hours they have killed 400 Russian soldiers, which adds up to some 25,500 Russian soldiers killed since the beginning of the invasion, on February 24, always according to the Kyiv version.

The General Staff of the Ukrainian Armed Forces has also reported two Russian boats and a helicopter destroyed in the last day.

Most of these casualties would correspond to the Novopavlovsk region, while an Mi-8 helicopter was shot down in the Serpent Island area. In addition, near Zmiini, Ukrainian forces have destroyed a Serna-type amphibious ship.