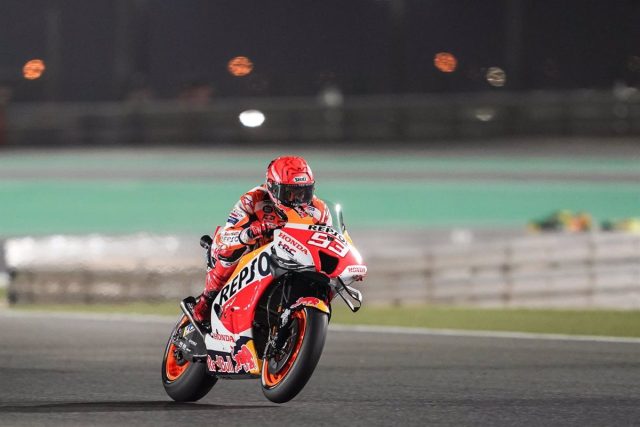 Pol Espargaró: “The plan is to continue working as we did in Lusail”

The Spanish MotoGP rider Marc Márquez (Repsol Honda) acknowledged that at the Indonesian GP, ​​the second round of the World Championship, he will have a new option to “approach the fight” for the first places and, at a Mandalika circuit that opens in the championship but that they know about the test, he hopes to take a step forward.

“Second Grand Prix and a new opportunity to understand the bike better and get closer to the fight to be ahead. Still, it’s early and we have to keep working,” he said in statements provided by the team.

Márquez, who finished fifth in the inaugural race in Qatar, believes that they went further during the first weekend of competition. “We made improvements over the weekend in Qatar and it’s clear we have a lot of potential. I’m very happy to be back in Mandalika,” he acknowledged.

Read:  The Spanish internationals are already in the City of Football

“It’s great to be able to see all our Indonesian fans and finally be able to give them a great show after so many years. I hope the audience enjoys it and we can have a good weekend for them to celebrate,” he said.

For his part, his teammate Pol Espargaró is also confident of staying in the lead or close to it, especially after third place and the podium in Qatar. “The plan is to keep working like we did in Lusail and in pre-season testing and continue to bring out our full potential,” he said.

Read:  Marc Márquez: "I need a special feeling with the front end to go fast"

“I really want to get to Mandalika, the fans were already incredible there during the tests and I can already imagine what the race will be like,” said the rider from Granollers, who is entering his second season with the Repsol Honda Team.

On a personal level, he arrives at a good moment after a strong race in Qatar. “We had a good test earlier in Manadalika, but a lot has changed since then. They have resurfaced the track, which should help a lot, but we have to see how it is when we get there,” he added.