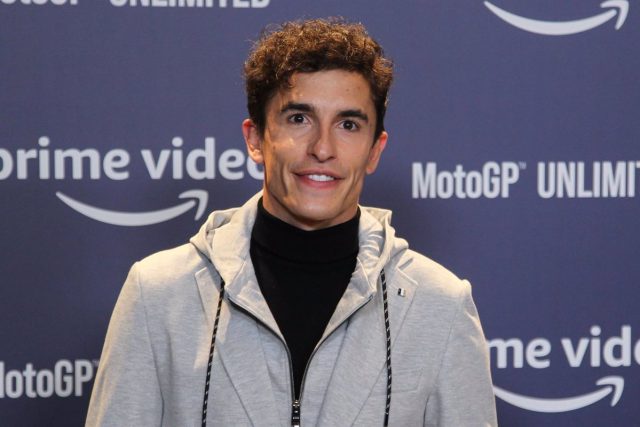 The Spanish MotoGP rider Marc Márquez (Repsol Honda Team) assured at a press conference prior to the Qatar Grand Prix, the opening round of the 2022 MotoGP World Championship, that he wants and can fight for the title although, after two years of injuries and stoppages, he wants to go slowly and safely without losing his driving essence.

“I’m very happy to be here, this is already better than last year. We’ll see how we start, how the race goes. In 2022 I want and can fight against all my rivals to win the title and we’ll see how this first race goes”, stated at a press conference.

To try to achieve this objective, it will be vital to adapt to a Honda that is totally different from the one of the past, but that starts from a good base. “The bike is a big step forward. I really have the feeling of having changed brands, it’s a totally different bike. Until now there were improvements but the nature and character of the bike was always similar and now we see a big change,” he said.

“This is a bike for more riding styles. I won three races with the previous one, which many said was a difficult bike. This year, following the feedback from all the Honda riders, there have been changes. I understand that Honda needs to win every year, regardless of the name of the rider, now we have an easier bike but you need to understand it well. In any case, it is a better bike for the future of Honda.”

In short, a bike with the potential to fight for what would be his ninth world title, the seventh in the premier class. “I see that there is potential and in Mandalika I began to adapt the bike to my style and during the first races we will find things (to improve) but the base is good”, he defended.

“If we win it will be wonderful, like a dream come true,” he said about the possibility of opening the championship with a victory in Qatar. “But I think it’s something that is still a long way off. We’re going to go easy, the idea is to finish. Although as soon as the race starts, the idea is to do the best we can”, the man from Cervera was honest.

In this sense, he reiterated that the victory for this Sunday “may not be the objective now.” “But during the weekend I’ll see where I am. If I don’t win it’s because I can’t, not because I don’t want to. It’s the first race, it’s 25 points, and the last one is also 25 points. I have to hurry to know how to do things to fight for everything,” he said.

Márquez has another way of dealing with races, injuries, but he will not change his driving style. “In the last two years I have learned to approach injuries differently, and to take the necessary time for each injury. Even if I don’t want to, in the future I will get injured again. My driving style is the same and as soon as I am one hundred percent hundred I will take the same risks again,” he assured.

Asked about the equality that may reign in this 2022 World Cup, he assured that according to the tests it could be a close fight. “It is true that very tight results were seen in the test. We have to see the evolution during the first three or five races. It is very good to have a balanced level between the bikes and riders so that everything is more interesting”, he argued.

As for the war in Ukraine, he was firm. “It’s very difficult for me to understand this situation and how it can get to this point in 2022. All the pilots and people here are against the war. I don’t personally understand how it can get to this point, or why it can’t. stop. I do not understand many things. What we can do is support the families and children who are suffering from the war, but it is not enough. There are people more important than us who must stop this, “he was honest.