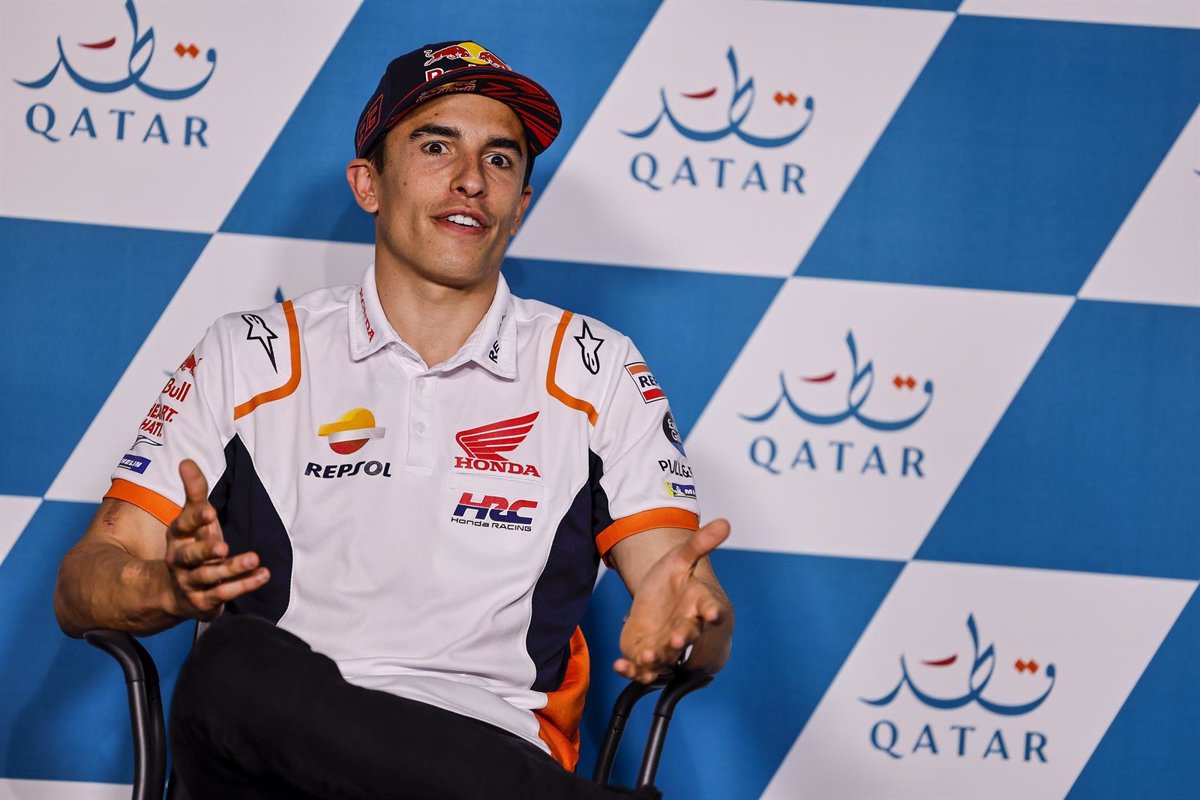 The Spanish MotoGP rider Marc Márquez (Repsol Honda) assured this Thursday that his bike “has great potential” and that it is “fast”, but that he mainly needs now “to have that special feeling with the front end” to get the most out of it , while he reiterated that in the Qatar Grand Prix, despite being fifth, he had “the best feelings” of the last two years.

“The new bike has great potential, but I need to have that special feeling with the front end to be really fast, which is what I’m missing now and that’s what we’re working on,” acknowledged Márquez at the press conference prior to the Grand Prix. from Indonesia.

The Catalan stressed that his bike is “the same” as his teammate, Pol Espargaró, “and he is handling it differently and he goes very fast.” “In other words, the bike goes very fast and I just need that special feeling to go fast. My problem is that I don’t know how that front end is going to work, but the bike as a base is very good to win races,” he added.

“Qatar was a weekend that went well in general, without it being anything special. I tried to fight for the podium and chase Enea (Bastianini), but it was not my day or the moment, and the goal this weekend in any case is to improve the results and in Argentina the ones from here”, he pointed out about the second round of the World Cup.

The eight-time world champion is going “step by step”, although now he feels “good” on a physical level. “In Qatar I had the best feelings of the last two years and we will see how this weekend develops. In any case Pol was the fastest here in the test and he will be one of the great rivals along with Enea, Fabio (Quartararo ) and Brad (Binder). We have new faces and they are all very fast.”

Márquez indicated that in the Lusail race he understood what he needed and “the direction” that he should follow in the face of his “riding style because in practice it is different”. “In a race you can perfectly understand what you need and this time we are going to look for that direction. We know that the technical package works well,” said the driver from Cervera.

On the Mandalika Circuit, he recalled that “it is not really new” for the grid because they were already a few weeks ago in some tests in which “everyone was very fast from the beginning”. “I felt fast too. In a new circuit I always follow my instinct, but everything is very tight,” said Márquez, who confirmed that he will test a “new casing for the rear tire.”

The Repsol Honda rider also made it clear that the MotoGP World Championship is “sport”. “You just have to look at our faces when we finish a race, we are exhausted. If you want to get good results consistently you have to be in very good shape,” he warned.

Finally, he referred to the parade they had this Wednesday through the streets of Jakarta and the launch of the Amazon Prime Video documentary. “It was a very important event for MotoGP and for all its riders because it is a very important country for our manufacturers,” he said about the reception experienced. “It’s interesting to see this type of documentary because it’s another point of view and it’s important for MotoGP to reach another type of audience, a younger one, that’s what we need,” he said of ‘MotoGP Unlimited’, which premiered last Monday and who has seen the first two chapters.